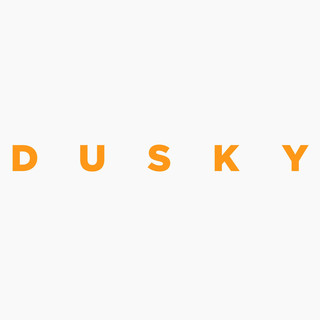 “Dusky quickly became the toast of the UK underground.”

“One of the UK’s most buzzed-about house acts.” XLR8R

Dusky are London production duo Nick Harriman and Alfie Granger-Howell. In just three years, the fast-rising duo have asserted themselves as leaders of the UK underground. BBC Essential Mix of the Year contenders, DJ Magazine cover stars, headliners everywhere from Berlin's Panorama Bar to London's Fabric, Dusky's story so far is one of constant forward motion and a uniquely universal appeal.

The Dusky story began back in 2011, with the birth of their new alias on the beautifully diverse 'Stick By This' LP - an album that quickly found a vocal champion in Radio 1's Pete Tong.

But the duo's breakthrough track was undoubtedly 2012's killer 'Flo Jam'. Signed by the label that broke Maya Jane Coles (Dogmatik), its devastating deep grooves were hammered by everyone from Loefah, Joy Orbison and Boddika to Disclosure, Jamie Jones and Sasha, with even Calvin Harris getting in on the act. An underground anthem that crossed over many barriers, it eventually earned the unexpected accolade of iTunes Dance Single Of The Year.

Dusky has been mentioned in our news coverage

Dusky, Detlef and more for Hifields line up

Here are the latest Dusky mixes uploaded to Soundcloud.

Do you promote/manage Dusky? Login to our free Promotion Centre to update these details.