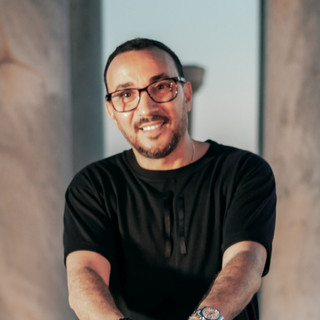 He’s one of Spain’s most popular DJ/Producer, and he goes by the name of DJ Sammy, a veteran of electronic dance, with a degree in music technology and 20 years of hard work to prove it.

Sammy has spent years fine-tuning his music winning formula in the only way he knows how, by jet-setting around the globe and feeling the vibe at some of the most prestigious venues in the world dispensing musical epiphanies wherever he plays. A native of Mallorca, Spain, he always knew how to harness the sun, beach and the sea in order to get the most out of his audiences and Sammy’s evolving appreciation of the “feel good factor” has brought him commercial success globally.

DJ Sammy started his music career in 1984 in the dance clubs of Majorca, playing gigs at Zorba's. He was also a DJ at the Cadena Top radio station. In 1991, he met singer, Maria José. In 1992, DJ Sammy became resident DJ at the Joy Palace Club in Arenal.

DJ Sammy then founded his own dance music label, Super M Records, as well as the Gamba Music Company

His worldwide breakthrough was in 2001 when DJ Sammy began to put his own name to his work. The single Heaven together with Do, a Dutch singer, helped DJ Sammy achieve massive success in Europe and Australia with 2 million records sold, then came to the US where “Heaven” reached #2 in U.S. singles chart before going to the UK in 2002 and hitting #1.

DJ Sammy has been mentioned in our news coverage

Interview: Sammy Porter on releasing with Solotoko and his plans for 2022

Here are the latest DJ Sammy mixes uploaded to Soundcloud.

Do you promote/manage DJ Sammy? Login to our free Promotion Centre to update these details.