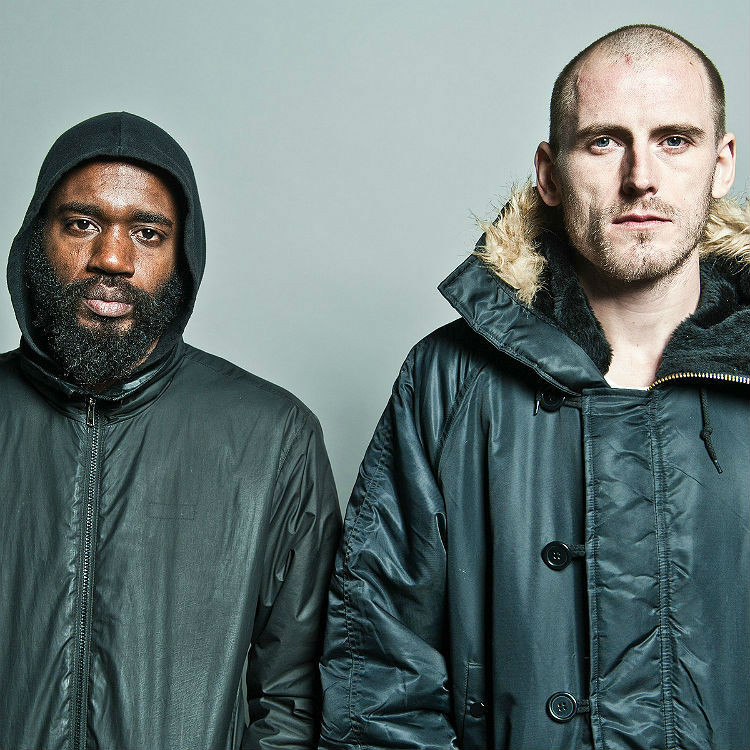 Death Grips are an experimental hip hop group formed in Sacramento, California in 2010. The group consists of Stefan Burnett (vocals) and the production team Zach Hill and Andy Morin. Their live setup consists of Burnett on vocals, Morin on keyboards, and Hill on drums.

The group officially formed December 21, 2010, and released its first single and video for "Full Moon (Death Classic)" on March 8, 2011. On April 26, 2011, they released their debut album, the mixtape Exmilitary. NBCNewYork.com called it "an intense, dark listen."

Death Grips has been mentioned in our news coverage

Girl Band will tour the UK this Winter

Death Grips are coming to the UK in October

Below is a sample playlists for Death Grips taken from spotify.

Do you promote/manage Death Grips? Login to our free Promotion Centre to update these details.