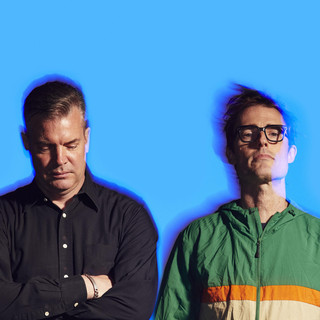 Battles is an American rock band that formed in New York City in 2002. The group is composed of drummer John Stanier (formerly of Tomahawk and Helmet), guitarist/keyboardist Ian Williams (formerly of Don Caballero and Storm & Stress), guitarist Dave Konopka (formerly of Lynx), and guitarist/keyboardist/vocalist Tyondai Braxton (son of Avantgarde Jazz musician Anthony Braxton). Battles released three EPs in 2004, each on a different record label (Cold Sweat, Monitor and Dim Mak). These were rereleased on the influential Warp label in 2006.

Battles has been mentioned in our news coverage

Below is a sample playlists for Battles taken from spotify.

Do you promote/manage Battles? Login to our free Promotion Centre to update these details.