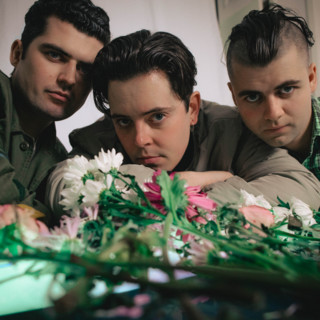 Sidney And Matilda in Sheffield

Baby Strange are an band from Glasgow, Scotland, formed in 2012 and consists of brothers Connaire and Aidan McCann and singer Johnny Madden. The band make loud punk/garage music and have started getting a reputation for having exciting live shows. They released their first single 'Pure Evil' on May 27th 2013 via Brimstone Records, an imprint on Fiction Records and the second single, 'Friend' came out September 12th 2013 on Chess Club Records.

Baby Strange has been mentioned in our news coverage

Here are the latest Baby Strange mixes uploaded to Soundcloud.

Do you promote/manage Baby Strange? Login to our free Promotion Centre to update these details.