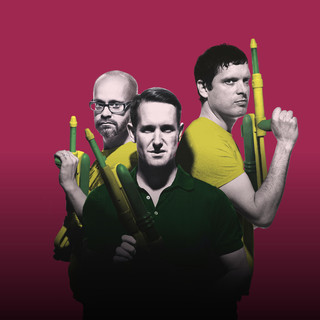 We Are The Brave x Nightvision

Skiddle is an official ticket outlet of Leestock 2022 - for more information, including lineup, travel and accommodation, choose Skiddle

There are at least three bands called Ash: 1) Ash are an alternative rock band that formed in Downpatrick, Northern Ireland in 1992. The media originally pegged Ash's music as britpop when the band first found mainstream success. The current line-up of the group is as follows:Tim Wheeler (vocals and guitar), Mark Hamilton (bass guitar) and Rick McMurray (drums). Ash's full-length debut "1977" was released in 1996 and followed 1994's mini album "Trailer".

Ash has been mentioned in our news coverage

Below is a sample playlists for Ash taken from spotify.

Do you promote/manage Ash? Login to our free Promotion Centre to update these details.