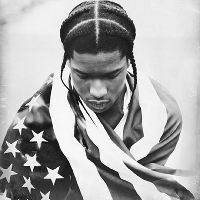 Rakim Mayers (born October 3, 1987 in Harlem, New York NY, United States), better known by his stage name ASAP Rocky (often stylized A$AP Rocky), is an American rapper and director. ASAP Rocky gained recognition among the hip hop community in 2011 after the release of his 2010 mixtape Deep Purple. In 2011 he followed up with the release of LiveLoveA$AP

ASAP Rocky has been mentioned in our news coverage

New Fridays At Area Sheffield - Get On It!

Here are the latest ASAP Rocky mixes uploaded to Soundcloud.

Do you promote/manage ASAP Rocky? Login to our free Promotion Centre to update these details.