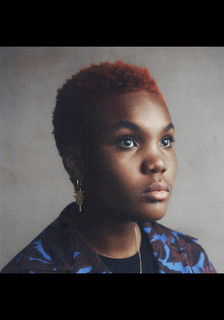 Nineteen year-old, London-based musician and poet Arlo Parks has been climbing the ranks as an artist to watch since the release of her debut single ‘Cola’. On a personal level, Parks struggled with her identity growing up; she says it was like “I’m a black kid who can’t dance for shit, listens to emo music and currently has a crush on some girl in my Spanish class.”

After signing to Transgressive Records last summer, she supported Loyle Carner on tour and was selected for the BBC Sounds of 2020 longlist. Her influences include King Krule, David Bowie and Sylvia Plath.

Arlo Parks has been mentioned in our news coverage

Below is a sample playlists for Arlo Parks taken from spotify.

Do you promote/manage Arlo Parks? Login to our free Promotion Centre to update these details.