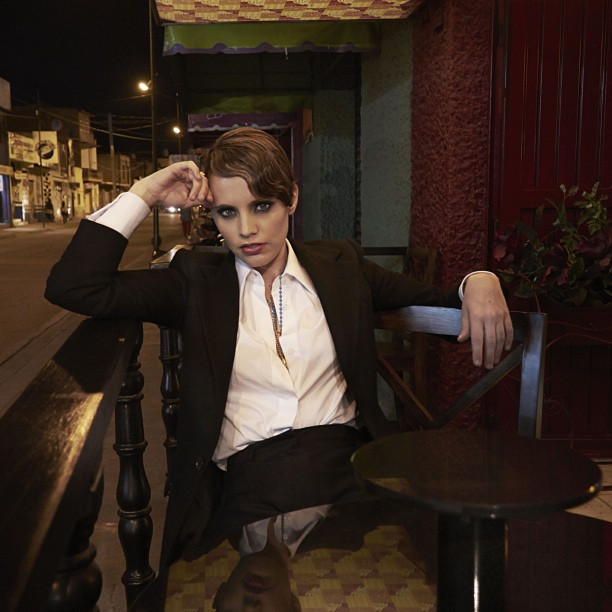 The Windmill Brixton in London

Get more information about All Points East 2020 including festival tickets, news, reviews and lineups.

Anna Calvi has been revered in the British music industry since she emerged in 2011, a soulful songwriter, virtuosic guitarist and captivating performer. Both her self-titled debut album and the 2013 follow-up One Breath were nominated for the Mercury Music Prize, with her debut also receiving a Brit nomination for ‘Best Breakthrough Artist’. She’s collaborated with Brian Eno, Marianne Faithful and, on the 2014 covers EP Strange Weather, David Byrne. In 2017, she composed the music for The Sandman, an opera directed by Robert Wilson.

Hunter, the third album from Anna Calvi, is the embodiment of the feeling of truly letting go. For the art-rock singer-songwriter it was a catharsis, and an opportunity to be more truthful than she has ever been before. Hunter is a galvanising record which explores freedom. It’s about the female protagonist being the hunter; it goes beyond gender, it is visceral and primal.

Anna Calvi has been mentioned in our news coverage

Dave has won the Mercury Prize 2019

Here are the latest Anna Calvi mixes uploaded to Soundcloud.

Do you promote/manage Anna Calvi? Login to our free Promotion Centre to update these details.