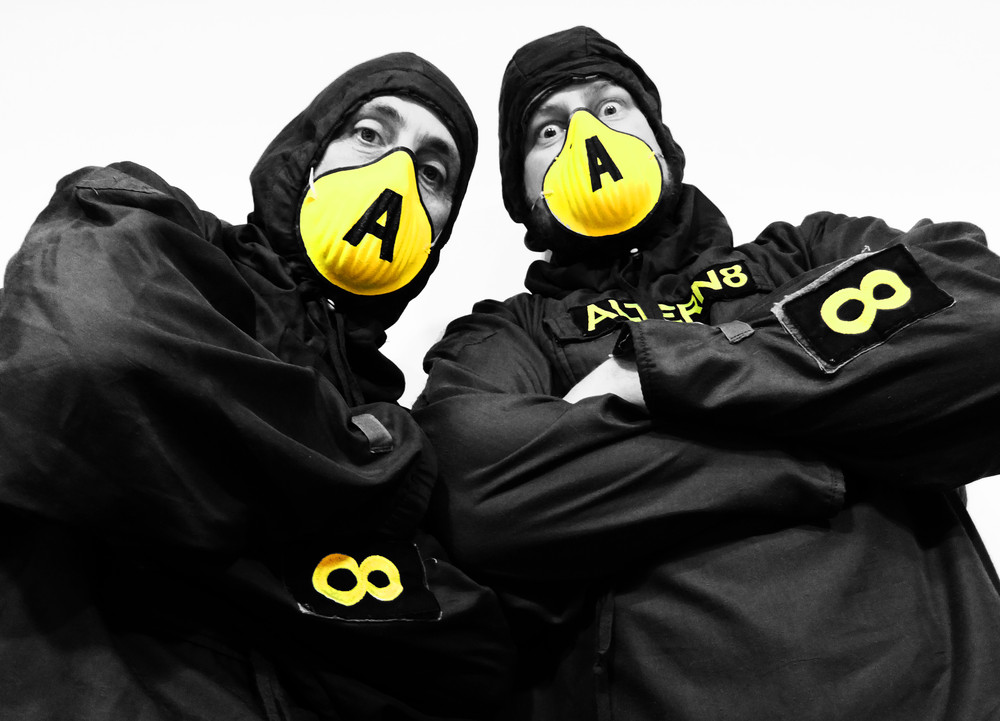 Back to the Dock 4th Anniversary

The Trades Club in Hebden Bridge

Altern-8 is the hardcore/breakbeat rave duo consisting of Mark Archer and Chris Peat. In their day they helped to set trends in hardcore techno style, with several anthems, and a style of music that became progressively faster, with more bass, and definitely more noise. During this period, hardcore techno was moving away from the style of house music that was already around, and Altern-8 were moving with it. However, in 1993 Mark Archer started to prefer the house sounds. That is when he decided to produce as Slo Moshun with Danny Taurus, responsible for "Bells of N.Y.", and Xen Mantra, his solo project.

When Altern-8 put on their masks and their weird chemist uniforms for a performance, everything seemed to be out of control. Their kind of music really seemed to be a melting pot where you couldn't define exactly the different styles frontiers. After all, it was all lumped into hardcore. So many influences made up the English movement, and later even other ones, such as Jungle and Drum and Bass, were then influenced by it.

Even though the Detroit Techno pioneer Kevin Saunderson was considered a reference to all rave style with a track named "Truth of Self Evidence" (as Reese & Santonio), he had never made hardcore, and one day he met the Altern-8 duo at Stafford aka Techno City, and they recorded the "Let it Reign" tune together with Inner City: that's when Mark explained the basic ingredients of hardcore to Kevin, resulting in what he did later, like Tronikhouse's "Uptempo".

Altern 8 has been mentioned in our news coverage

Below is a sample playlists for Altern 8 taken from spotify.

Do you promote/manage Altern 8? Login to our free Promotion Centre to update these details.