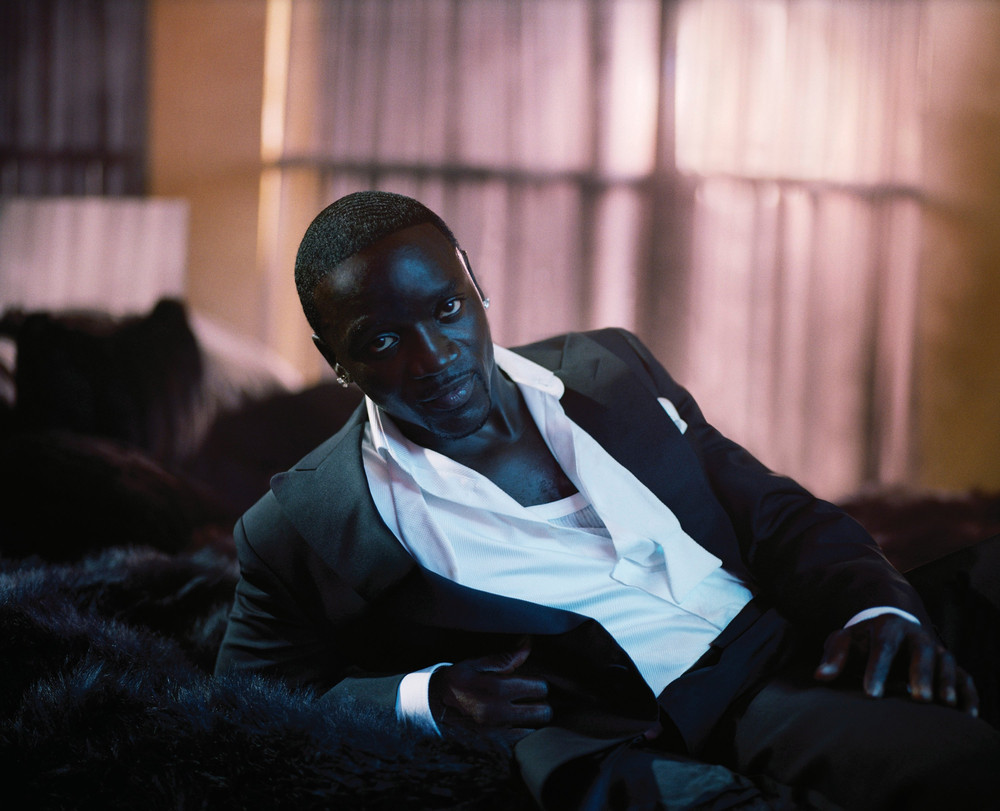 Alioune Badara Akon Thiam, Born April 16, 1977 in Saint Louis, Missouri, United States, known simply as Akon, is a Senegalese-American R&B singer-songwriter, record producer, businessman, and philanthropist. He rose to prominence in 2004 following the release of the singles "Locked Up" and "Lonely", from his debut album "Trouble". His second album, "Konvicted", earned him a Grammy Award nomination for the single Smack That featuring Eminem. His latest album, "Freedom", was released in 2008. Akon often sings hooks for other artists and is currently accredited with over 200 guest appearances and 32 Billboard Hot 100 songs. He is the first solo artist to accomplish the feat of holding both the number one and two spots simultaneously on the Billboard Hot 100 charts twice. He has also founded two record labels, Konvict Muzik and Kon Live Distribution and has a clothing label, Konvict clothing Akon also recently converted to Islam. He has many charities of his own and is a religious Muslim. Akon's father is the Senagalese drummer Mor Thiam. User-contributed text is available under the Creative Commons By-SA License and may also be available under the GNU FDL.

Akon has been mentioned in our news coverage

Akon to tour UK this Autumn

Below is a sample playlists for Akon taken from spotify.

Do you promote/manage Akon? Login to our free Promotion Centre to update these details.