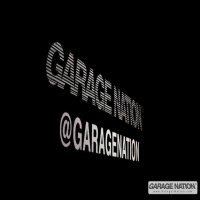 Keep track of Garage Nation events, tickets and news - all in one place. Join this group now for updates as they happen!

You name them, they're locked in place, with a tonne of high flying selectors and MCs splayed across five jam packed stages.

Covering all bases, they've secured Wookie, DJ EZ (see why we love him and check him out below), DJ Luck & MC Neat and Artful Dodger at the summit of the line up.

Picking our shots at the catalogue of live performances, Majestic plays a live set, Pied Piper & Master of Ceremony relive the classic 'Do You Really Like It' and DJ Luck and MC Neat slot in with 'A Little Bit Of Luck' and 'Masterblaster' - hear out the former below.

Occupying the 'Raving Arena', DJ and MC duo Oxide and Neutrino assert their presence, Sticky goes back to back with Scott Garcia and DJ Hatcha takes to the controls. He also doubles up with Oneman on the UKG stage and there's notable appearances coming from Marcus Nasty and Uncle Dugs.

Providing a blast from the past, DJ Spoony heads up the Old Skool Arena backed by Double 99 and Dominic Spreadlove amongst others.

If you're not quite yet overwhelmed,there's plenty more dance floor predators tied down and primed to assert their raving authority on the all dayer. Grab your tickets here.

To see the full line up head here and head here for the full Festival Guide.

Looking into other festival options? We are too. Keep your finger on the festival pulse at our special section right here.