The stunning city of Barcelona plays host to one of the biggest celebrations of electronic music on the planet, Sónar Festival.

Sónar is billed as a festival of advanced music and multimedia art, with music taking precedent of course. With much being focused on cutting edge production values, and music pioneers in their field, Sónar remains at the forefront of forward thinking festivals.

With the festival running at a huge three days and three nights, and with attendances regularly around the 80,000 mark, Sónar is a festival that has been gaining recognition for its dedicated approach and unique vision, all dispatched with great aplomb. It has become a place that is an ‘essential meeting point for an alert public, cutting-edge artists and the most influential professionals from the sectors of music and modern arts’.

Above all, Sónar continues to be an essential festival for lovers of electronic music. 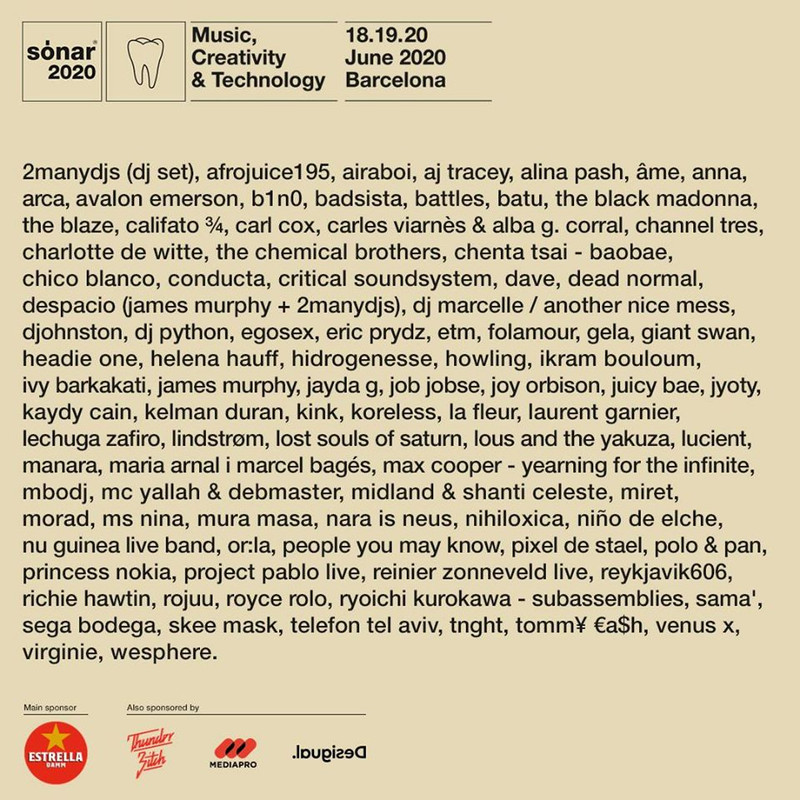 If you are flying in to Barcelona, Barcelona International Airport would be the destination which is located 18km from the city centre.

For the nighttime events there will be regular Sonar busses running on Friday and Saturday from Fira Gran Via (M2) L'Hospitalet between 20:30 and 8:00.

The history of Sonar festival

Sonar started in 1994 and has been growing every year since. It is a festival of music and digital art based in the heart of the city of Barcelona. At last years Sonar more than 80 thousand people were able to enjoy a musical programme that combines the big names in current electronic music aswel as more underground and less famous acts.

Sonar is characterised as a meeting point for for a public interested in innovetion from all over the world aswel as profesionals that use the space created by the festival tu espose products and establish contacts.