We make our much dreamed of return after more than a year as we celebrate our unrestricted freedom to dance over Liverpool Pride Weekend. For now tickets to the Saturday main event show are on sale and details of our associated Friday & Sunday parties and activities will follow.

All existing roll-over tickets are valid for this event, thank you to everyone who held onto theirs through the pandemic which truly helped see us through a very difficult period and return with bang!

This is gonna be a f*ckin insane amount of fun!!!!

Our visitors have reviewed Liverpool Disco Festival 180 times. Read reviews of this festival » 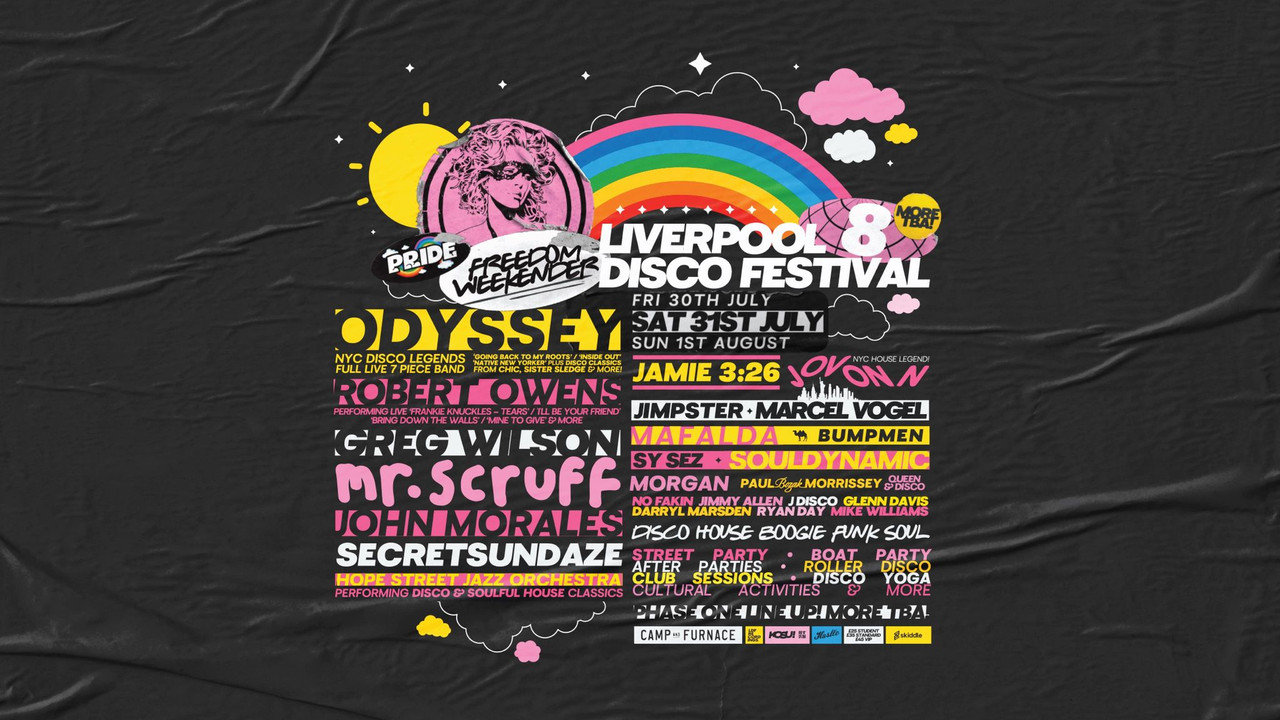 How much are Liverpool Disco Festival tickets?
Tickets are currently on sale from £35.

Are pre-payment plan tickets available?
Yes Payment Plan tickets are available so you can spread the cost of your ticket over multiple smaller payments. Payment plan deposits start from £15.

What happens If I bought a ticket and cannot attend?
Unfortunately we can’t issue you with a refund if you can’t make the event due to work commitments or your mates have dropped out. In these circumstances, we advise passing on your tickets privately to avoid losing out on the money spent.

How do I get to Liverpool Disco Festival?
By Car - You can reach Heaton Park by the M60 Ring Road. Public transport is recommended as there is limited car parking. There is also a car and taxi drop off point.

By Rail - You can access Liverpool stations from Northern and Merseyrail. The closest train stations are Liverpool Central and Liverpool Lime Street, both within a 20 minute walk.

The history of Liverpool Disco Festival

The Baltic Triangle is a historic city central area, which is enjoying a steady renaissance making it one of ‘the’ places to set up shop and hang out. Just a stone’s throw from Albert Dock – the city’s World Heritage Site – and shopping hotspot Liverpool One, the Triangle has been reclaimed and resurrected by a growing colony of creative people and independent venues.

Something of a hidden gem, the Baltic Triangle has been dubbed the cultural quarter and Liverpool’s answer to New York’s Meat-Packing District: the perfect location for a weekend of disco!