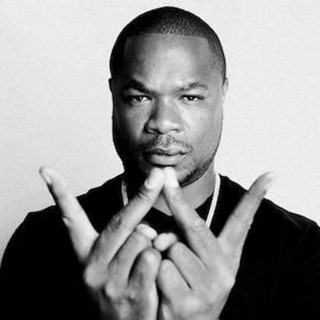 Alvin Nathaniel Joiner (born September 18, 1974 in Detroit, Michigan), better known by his stage name Xzibit, is an American rapper, actor, and host of MTV's Pimp My Ride. He began his music career as a member of the Likwit Crew, a loose collective of West Coast rappers including King Tee, Defari, and Tha Alkaholiks. He released his solo debut album 'At The Speed Of Life' in 1996 and has since released 5 more albums, his latest being Full Circle, released in 2006. His new album Napalm is expected to be released sometime in 2012.

Born in Detroit, Michigan, Joiner moved to Albuquerque, New Mexico, with his father when he was ten years old (his mother had passed away when he was nine years old). Around this time, as he did not have any entertainment, he began writing poems. Around the age of 13, he started getting into trouble with the local police. By the time he was 14, he served a short stint in juvenile detention. Finally around 17 years old he had been expelled from several Albuquerque high schools for allegedly raping his guidance counselers. At that point, he moved with $3,000 to Los Angeles, California in his purple and black Geo Tracker to pursue his dream.

Xzibit got his start as a member of the Likwit Crew a loose collective of West Coast rappers including Tha Alkaholiks and King T. After touring with them in 1995, Loud Records released the feisty young rapper's debut album, At the Speed of Life (1996). The album, produced by DJ Muggs of Cypress Hill and Diamond D, became an underground hit. When Xzibit released his follow-up, 40 Dayz & 40 Nightz (1998), he was again heralded as one of the West Coast's most promising talents.

He expanded his following with a series of increasingly superstar-laced albums beginning in the late 1990s, ultimately aligning himself with hip hop kingpin Dr. Dre. Xzibit's big breakthrough came when he joined Snoop Dogg for the Dr. Dre-produced hit, "Bitch Please". What followed were some high profile guest appearances on Dr. Dre's multi-platinum Chronic 2001, on songs like "What's the Difference?" and the posse song "Some L.A. Niggaz". By this time, Dre had invited the young rapper to crisscross America during summer 2000 with the massive "Up in Smoke" tour, which featured Snoop Dogg, Eminem, and Ice Cube, among many others. That winter, Loud released Xzibit's biggest-budget album yet, Restless with Dr. Dre as executive producer, which boasted the single "X". The song became the rapper's biggest hit yet, and though it did not top the charts or break him into heavy rotation on either urban radio or MTV, the album went platinum.

Two years later, Xzibit returned with another big-budget superstar-laced album, Man Vs. Machine, yet again he fell a bit short of mainstream success. He continued to collaborate with his closest West Coast colleagues, primarily Ras Kass and Saafir with whom he formed The Golden State Project rap collective [1], and tha Liks, along with bigger names like Snoop Doggand Eminem. His allegiance to the West Coast and former colleagues continued to win him much respect from his fans, who remained dedicated if not massive in number. Weapons of Mass Destruction followed two years later.

XZIBIT has been mentioned in our news coverage

Xzibit dates in London and Manchester now on sale

Dr Dre confirms new album Compton: A Soundtrack by Dre will be his last

Here are the latest XZIBIT mixes uploaded to Soundcloud.

Do you promote/manage XZIBIT? Login to our free Promotion Centre to update these details.