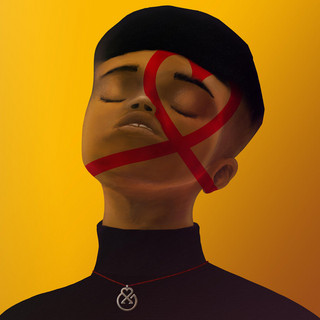 “I can’t really think of much else outside of music day-to-day,” says singer/songwriter and producer Sam Folorunsho a.k.a Xam Volo. “I thought that it must be possible to become a musician, so I decided to put my all into it.”

At the age of 21, Xam Volo seems wise beyond his years. A true artist, he oversees every element of his music, which he describes as “a messy mind over raw, dark jazz grooves”. Since moving to Liverpool to study in 2012, the Londoner has embraced himself in the local music scene with his unique and enigmatic take on Neo-Soul and Jazz. Influences from Erykah Badu, Miguel, Frank Ocean and Maverick Sabre echo in his music, with a gospel-infused sophistication and often abstract lyrics.

“I was into Grime when I was younger,” Xam Volo says. “Slowly I developed a taste for RnB through Hip Hop, before discovering Jazz and Soul and really falling in love. Neo-Soul may be a newer genre, but it captures all the elements that I love about music, and it’s home to such a distinct and timeless sound.” While studying for his degree and craving a more creative way of life, he began taking his music seriously before deciding to make it his chosen career. “An older friend gave me his copy of music software FL Studio 7 and I began making my own songs, “ he says. “I haven’t looked back since.”

He describes growing up as “hard, identity wise,” but adds that his childhood experiences have made him become a better artist today. “I lived fairly comfortably, but even as a child I was made aware that material things weren’t everything. The experiences I had growing up are a part of who I am, and for that I am grateful.” With one younger brother, he says that his family is close but “isn’t too involved” in his music.

As his career began to take off, and with a number of self-penned songs under his belt, Xam Volo began playing gigs in London and Liverpool. He performed for a few gigs held at the members-only GH Bar, which saw him perform acoustically with the resident jazz band around Soho. It was live performances such as this that gave him the confidence to apply to perform alongside other local unsigned artists at the Liverpool International Music Festival (LIMF). As one of the five overall winners – chosen from thousands of hopefuls by a panel that included Grammy Award-winning producer Steve Levine – Xam Volo was deemed by the judges as ready to embark on a professional career in music. The five winners, along with 10 other finalists, performed on the LIMF Academy Stage in the Sefton Park Palm House over the 2014 August Bank Holiday weekend, in front of thousands of music lovers. Describing the event as one of his career highlights so far, he says: “It was brilliant to receive so much exposure for my music at the festival. I’m really proud to have been a part of the 2014 academy, and I’m looking forward to seeing the artists that emerge as part of the 2015 event.”

Xam Volo also released his EP Binary In Blue in 2014; something that he admits was intended as a darker project but was re-started because he wasn’t happy with the original. He chose the name for a few reasons – binary as meaning ‘two parts,’ because he viewed the EP as having “two widely relatable songs and another two calmer and artier tracks”. Despite it not being Blues in genre, he picked topics that he felt paid some level of tribute to Blues music and its culture. Described on Soundcloud as ‘alternative Hip-Hop, Soul and Jazz,’ the Binary In Blue EP can be downloaded at Xam Volo’s Bandcamp page.

XamVolo has been mentioned in our news coverage

Here are the latest XamVolo mixes uploaded to Soundcloud.

Do you promote/manage XamVolo? Login to our free Promotion Centre to update these details.