» Events » Events by artist » We Were Promised Jetpacks 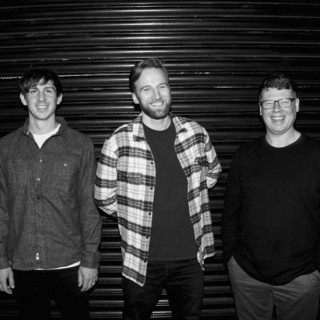 We Were Promised Jetpacks tickets and 2022 tour dates

Following closely in the footsteps of The Twilight Sad and Frightened Rabbit, We Were Promised Jetpacks are yet another hugely talented young Scottish band added to the FatCat roster. The 4-piece came to our attention when listening to some of the friends on the Frightened Rabbit Myspace page. Though recent months has seen the band tour the UK with their aforementioned friends, the four preceding years have consisted of local gigs in and around Glasgow and Edinburgh, allowing WWPJ to find their sound and hone their live performance.

Assembled in Edinburgh as high school friends in 2003, their first ever gig saw them winning their school's battle of the bands competition. Proceeding shows were after school performances around the city of Edinburgh which were well attended and fuelled the band with a hunger and ambition. If the nascent WWPJ aural template embraced light-footed compositions – few effects pedals, traditional song structures, clear-cut guitars - succeeding years have seen WWPJ soar aural heights and mine emotional depths in every sense: the band you will encounter now are a cacophonous tour de force: louder, wilder, avidly literate; fiercely melodic, yet eagerly restrained. Lyrics and vocal melodies come courtesy of Adam Thompson, everything else arises from the full group; Adam Thompson (Guitar/Vocals), Michael Palmer (Guitar), Sean Smith (Bass) and Darren Lackie (Drums).

Before even releasing a single, WWPJ have laid claim to some recent successes which bode well for the future of the band. A well recorded three-track demo was circulated and managed to pick up a KEXP track of the day over the pond, and plays on national stations in the UK were popping up on XFM, BBC and Q radio. Before the announcement of WWPJ signing to FatCat Records, a strong hint was sitting on the shelves across the UK in the form of inclusion on a recent FatCat sampler, mounted onto Plan B magazine.

A tour through September 2008 as main support for Frightened Rabbit garnered some great reviews for WWPJ. This being their first jaunt into England, healthy crowds arrived early on each evening due to the huge buzz in Scotland now filtering down south of the border. You could loosely pin some reference points onto WWPJ; the vocals reminiscent of Morrissey or Paul Banks (Interpol), clever guitar interplay similar to something you’d hear on a Billy Mahonie track, dynamically you could compare them to Mogwai, and generally Futureheads/Hot Club De Paris/Postcard/Fire Engine are all good markers.

Having received amazing critical support for ‘These Four Walls’ and two singles from the album (‘Quiet Little Voices’ and ‘Roll Up Your Sleeves’), as well as some high profile festival sets and an ecstatically-received main support set at Frightened Rabbit’s Scala show in London in April ’09, the year was a busy one for We Were Promised Jetpacks.

The band released an EP - 'The Last Place You'll Look' - in April 2010 comprising unreleased tracks and swelling, orchestrally-inspired rewrites of songs from 'These Four Walls'.

We Were Promised Jetpacks News

We Were Promised Jetpacks has been mentioned in our news coverage

Preview: Haddow Fest w/ The Rifles and We Were Promised Jetpacks

More We Were Promised Jetpacks news »

We Were Promised Jetpacks mixes

Here are the latest We Were Promised Jetpacks mixes uploaded to Soundcloud.

We Were Promised Jetpacks videos

Do you promote/manage We Were Promised Jetpacks? Login to our free Promotion Centre to update these details.