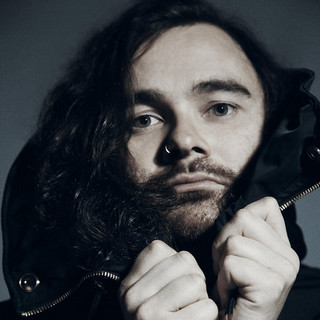 Over the last two years wAFF has become one of the most engaging artists on the international circuit joining the ever popular and influential Hot Creations / Paradise family, several highly commended releases and a residency with Jamie Jones’s ‘already under his belt. As the future offers up a whole world of opportunity, he's putting his all into creating music of the highest quality, built to unite and excite in equal amounts. He started out in North Yorkshire with no connection to the global night world apart from an unquenchable passion for music. But he listened. He worked. And now he’s right in the frame.

wAFF has a single, ‘Vibrationz’, forthcoming on Adam Beyer’s Drumcode label. His Paradise DC-10 residency is the hottest tip for Ibiza 2015. He’s responsible for red hot tunes such as ‘Freaks’ for Sven Väth’s Cocoon imprint, and the supremely funky ‘Break A Sweat’, co-written with Spanish don Cuartero for the Leipzig label Moon Harbour (the Patrick Topping mix is also excellent). His music has been getting the nod from Sven Väth, Adam Beyer, Loco Dice, Joseph Capriati, Marco Carola and dozens more. He’s even been asked to collaborate with Masters At Work. Not bad going. And that’s not all. Other wAFF collaborations in the works include Eats Everything, Patrick Topping, Cuartero and Argy, as well as remixes for Groove Armada (‘Final Shakedown’), Fur Coat (‘There’s No Time’), Hot Since 82 (‘Plane and Trains’), and Mike Gill featuring Robert Owens (‘In The Midst’).

wAFF grew up in Hull and got into dance music via the happy hardcore of the ‘Bonkers’ compilations. He then moved sideways into indie, during the minimal boom of 2003-04 he found a style of dance music that truly drew him in, the stripped down pulse of producers such as Troy Pierce, Audion and Minilogue. After this he threw himself into it. His Koala parties achieved success in Hull and Leeds, becoming genuine roots down rave sensations, done for love. He also spent three seasons is Ibiza, dancing all night, sucking up the music, figuring out what worked, distilling it all into his own music.

A former dancer and actor, self-expression has always come naturally to wAFF. Music became another extension of his creative output around 10 years ago when he began to flirt with production. He quickly became obsessed with making music but remained staunch in his belief that he would only release music if he thought it was going to make a big impact. So for several years he toiled away, inspired by visits to Ibiza, the early years of DC10; DJs like Marco Carola, Tania Volcano, Loco Dice and Luciano all feeding into his pool of inspiration. Along the way friends tried to encourage him to release the music he was making immediately, but he sat tight, adamant that he would wait until he'd struck gold. He now has an affinity with his studio that sees him making music for many of his waking hours.

A chance meeting with Richy Ahmed in Ibiza set the wheels in motion and, when the track was ready, he sent it to the Hot Creations A&R. It was snapped up immediately and the track left a trail of devastation in its wake, championed by the bossman Jamie Jones of course, and played by everyone from Sven Vath to Cajmere.

As you might be able to tell from the labels that he's releasing with wAFF is operating within the house and techno sphere, keeping it tough yet emotive, captivating the dancefloor and creating a deep, absorbing narrative with each track. Current inspirations include Ben Klock, Marcel Fengler, Fred P, Marcel Dettman & Oliver Deutchmann, masters in the art of combining rugged beats with deep, heartfelt melodies.

wAFF has been mentioned in our news coverage

Here are the latest wAFF mixes uploaded to Soundcloud.

Do you promote/manage wAFF? Login to our free Promotion Centre to update these details.