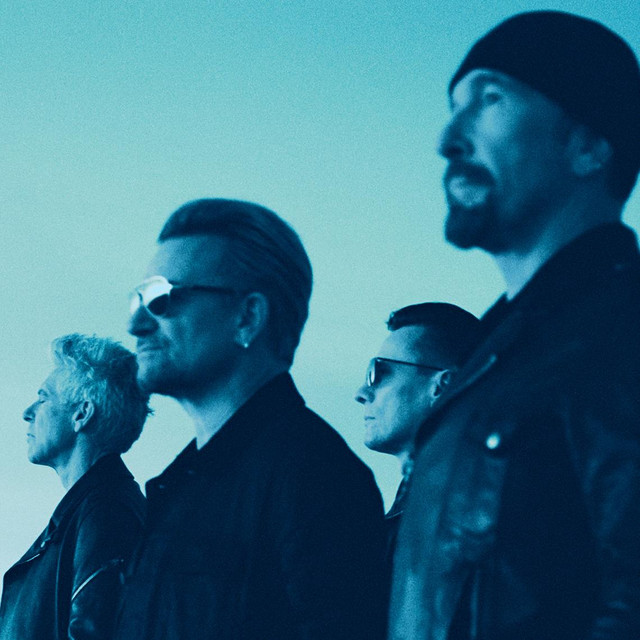 U2 is an Irish rock band which formed in 1976 in Dublin, Ireland. Since the bandâs formation, they have consisted of Bono (real name Paul Hewson) (vocals, guitar, harmonica), The Edge (real name David Evans) (guitar, keyboards, backing vocals), Adam Clayton (bass) and Larry Mullen, Jr. (drums, percussion). The band is the biggest selling alternative rock act of all time, having sold 140 million albums worldwide as of 2008. They have won 22 Grammys and were inducted into the Rock & Roll Hall of Fame in 2005. As of 2009, they have released 12 albums and 58 singles. Foundation: The band originally formed in 1976 when Larry Mullen posted a bulletin in his school asking for musicians to form a rock band. The band then consisted of the four current members plus three additional guitarists, including The Edgeâs brother Dick Evans (later a member of Virgin Prunes), Ivan McCormick and Peter Martin. According to legend, Bono originally auditioned as a guitarist but couldnât play. He auditioned as lead vocals, but really couldnât sing. He was, however, incredibly enthusiastic about the band, extremely charismatic, a great writer, and was strangely able to reach the audience when the band played, something he is known for still today. Bono will reach out into the crowd and dance or mess with someone in the crowd at every concert. He was kept as a member. The extra guitarists would soon leave the band and the group would go through the names âFeedback â and âThe Hypeâ before finally settling on U2. The 70s & 80s: 1978 was a jumping point year for the band, finally finding their sound / voice. U2 won a talent contest in 1978: Â£500 and funds to make a record. Paul McGuinness became the bandâs manager and U2 released an EP called Three and the single Another Day, the following year. U2 went on to release their first album, Boy and then more critically acclaimed albums incl.: October, War, Under A Blood Red Sky, and The Unforgettable Fire (featuring the song PlayMLK dedicated to Martin Luther King Jr). Seen by many as a political band with more charisma than others, they were called âa different kindâ of band. After a short break U2 returned with The Joshua Tree & the USA music inspired Rattle And Hum (also a movie of the same name, based on the tour). The 90s: Promising âto dream it all up againâ, they added industrial and dance styles to their music. Trying to drop a goody two shoes image, they went to Berlin (Germany), supposedly to develop new self-expressions. From there they started to make fun of themselves and had a good time of it in albums like Achtung Baby (meaning âwatch out, babyâ, artwork feat. make-up artist Nassim Khalifa) & Zooropa. Bono took on many stage personae such as âThe Flyâ, âMirrorball Manâ and âMr. MacPhistoâ for the gigantic ZOO TV Tour. Later they continued to make fun of Pop culture and all its extremes with the album Pop and consequent PopMart tour which was announced to be launched at a Kmart store and included a giant golden arch across the stage. The 00s: At the end of the 90âs into 00âs U2 became less Image and more reality. With the death of Bonoâs good friend Michael Hutchence the lead singer of INXS, Bono wrote more songs from the heart surrounding ideas like life and death, children, hope, and the real world past all the pop culture and TV. Some say theyâve returned to a more band-centric sound with albums like All That You Can’t Leave Behind which features a song, Kite, dedicated to Bonoâs father who passed away shortly after the albumâs conception and 2004âs How to Dismantle an Atomic Bomb. The Name: There are many theories as to the origin of the name U2. For example, U2 was an intelligence airplane that was in use by the United States during the Cold War. Other obvious candidates include âYou tooâ and âYou twoâ, etc. Nonetheless the official line on the nameâs origins remains unknown. The band has been quoted as saying that they did think of the U2 spy plane, but remain hushed about other reasonsâŠ U2 www.u2.com User-contributed text is available under the Creative Commons By-SA License and may also be available under the GNU FDL.

U2 hasn't been mentioned in our news coverage

Below is a sample playlists for U2 taken from spotify.

Do you promote/manage U2? Login to our free Promotion Centre to update these details.