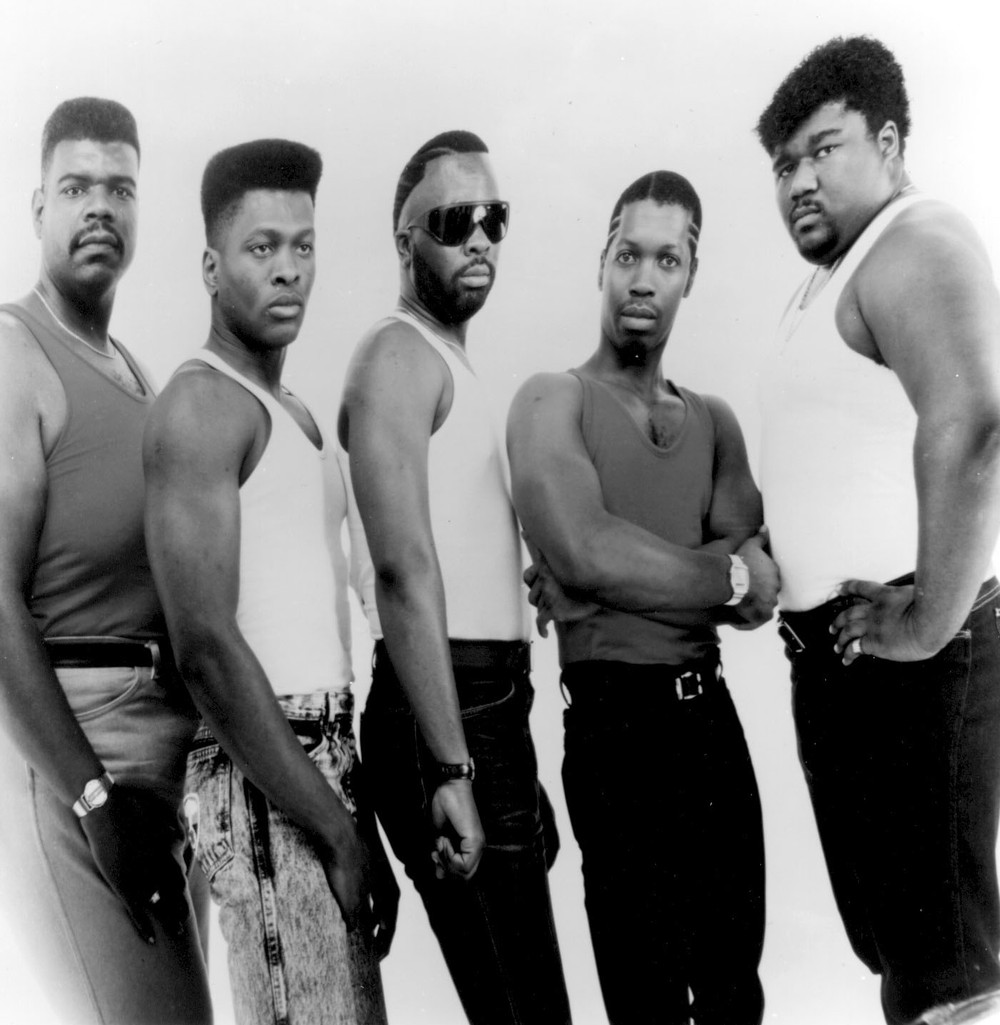 Trouble Funk was an influential and successful Go-go band from Washington DC whose peak began in the late 1970's and ran through the late 1980's. They helped to popularize the Washington, D.C. dance floor friendly funk subgenre go-go, which incorporated heavy african drum rhythms, and celebratory stage concepts from forerunners like George Clinton's Parliament-Funkadelic and local rival Chuck Brown. Among their well-known songs are the 'go-go' anthems 'Hey Fellas', 'Pump Me Up', 'Let's Get Small', 'Drop The Bomb'. Because of the high costs of having many band members, they only toured the US & England a couple times in the late 80's, thus their popularity was mostly concentrated in the DC metro area. The group released several 12" singles and some studio albums on the local T.E.D.D/D.E.T.T label ran by Maxx Kidd, as well as an album on Sugarhill. The DETT singles included 'Trouble Funk Express', which cribbed it's concept from German electro act Kraftwerk. LPs included 1979's 'In Times of Trouble', as well as 1982's 'Drop the Bomb', and 1987's 'Trouble Over Here, Trouble Over There'. Chris Blackwell's Island records briefly signed the group in the latter 80's but were unable to cash in on their unique niche sound which was better experienced live than in the studio. In live shows, where the call and response interplay with the audience was happening, and the deep bass and grooves were omnipresent, the band played lengthy exhaustive & sweaty sets that ran regularly for hours until the early morning hours. These can be heard on live recordings like on the two live albums, 'Trouble Funk - Straight Up Go-Go Style' and 'Saturday Night Live'. The band were featured in the film "Good To Go" film starring Art Garfunkel in the 80's, and their beats were sampled in many rap records, including prominently on Rick Rubin's breakthrough Def Jam productions like LL Cool J's "Rock The Bells" and on the Beastie Boys' "Licensed To Ill" album. "Trouble" as they were known locally, sometimes played shows with hardcore punk bands in Washington D.C such as Government Issue and at Minor Threat's last show at Lansburgh Cultural Center with the Big Boys. Read more on Last.fm. User-contributed text is available under the Creative Commons By-SA License; additional terms may apply.

Trouble Funk has been mentioned in our news coverage

Below is a sample playlists for Trouble Funk taken from spotify.

Do you promote/manage Trouble Funk? Login to our free Promotion Centre to update these details.