» Events » Events by artist » The Strypes 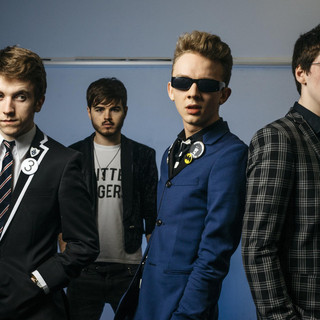 The Strypes tickets and 2023 tour dates

The group has spent the past 18 months launching their explosive R&B assault on the clubs and festivals of Ireland, the UK and Europe, viciously hammering out a no-nonsense blues repertoire drawing from the songbooks of Chuck Berry, Bo Diddley, Howlin Wolf, Little Walter, Slim Harpo and more with the passion and venom of British blues groups such as Dr. Feelgood, The Yardbirds, The Rolling Stones and The Animals.

Having already been met with critical acclaim from greats such as Jeff Beck and Paul Weller and been tipped by NME as the No. 1 new band to watch, it seems things can only get better for The Strypes.

The Strypes has been mentioned in our news coverage

The Strypes come to LiVe in Preston

Our Guide To Five Key Venues At The Great Escape

Here are the latest The Strypes mixes uploaded to Soundcloud.

Do you promote/manage The Strypes? Login to our free Promotion Centre to update these details.