» Events » Events by artist » The Sherlocks 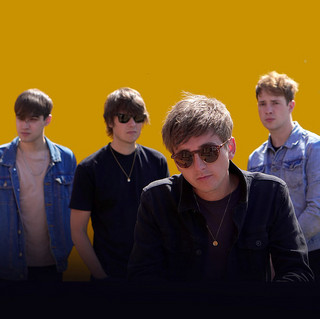 The Sherlocks tickets and 2021 tour dates

The Sherlocks are a four piece indie/rock band from Sheffield, consisting of two sets of brothers.

Having performed in excess of 500 gigs and embracing the success of our debut EP- "First Bite of the Apple" , we have been fortunate enough to work alongside musicians such as Tom Hingley , Simon Townsend and Steve Craddock. Also, providing support to bands such as Twisted Wheel, The Buzzcocks, Reverend & The Makers, The Enemy , Scouting for Girls and Simple Minds.

Having wrote and produced a full set of original songs, our music is often described as ‘upbeat‘ and ‘bodacious’, with 'thrashing vocals' and 'rhythmic guitars'

Our Recent single launch saw a Sold Out crowd descend on Sheffield for our debut single "Live For The Moment" , which peaked 5th in the iTunes alternative download chart and 92nd in the UK Chart.

Regularly ‘on the road’ and relentlessly performing at sold out venues and festivals, we will continue to commit to our desire of one day becoming a successful signed recording band.

The Sherlocks has been mentioned in our news coverage

The Sherlocks interview: Liam's just like a bloke you'd bump into in the pub

Here are the latest The Sherlocks mixes uploaded to Soundcloud.

Do you promote/manage The Sherlocks? Login to our free Promotion Centre to update these details.