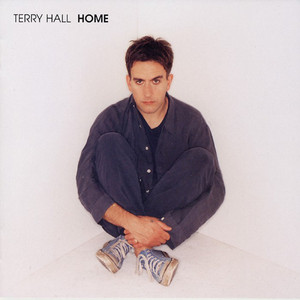 Terry Hall (born 19 March 1959, in Coventry, England) was the lead singer of The Specials, the Fun Boy Three, The Colourfield, Terry, Blair and Anouchka and Vegas. He released his first solo album, Home, in 1995. He has also worked with The Lightning Seeds, Stephen Duffy, Dub Pistols, Gorillaz and Tricky.

Hall was an active member of the burgeoning Coventry music scene of the late 1970s, playing in local punk band Squad, and being credited as a composer on their single "Red Alert" / "£8 a Week". This scene also produced acts such as The Selecter and Hazel O'Connor.

As the frontman for The Specials (though initially called The Coventry Automatics), Hall primarily struck it big in Britain in 1979 when BBC Radio 1 DJ John Peel played their single "Gangsters" on his show; the song was included in his Festive Fifty at #7 in that year. The Specials' first self-titled album features some of Hall's most recognizable and notable performances, including "Little Bitch", "Nite Klub", "Concrete Jungle", and "Gangsters".

Terry Hall has been mentioned in our news coverage

Dub Pistols interview: it's no secret that I liked to party and still do

Let the Pasta see the Sauce! We chat to Pasta Paul ahead of his Funkademia debut

Get Ready to Pop til you Drop @ The Deaf Institute

The Specials to record again?

Below is a sample playlists for Terry Hall taken from spotify.

Do you promote/manage Terry Hall? Login to our free Promotion Centre to update these details.