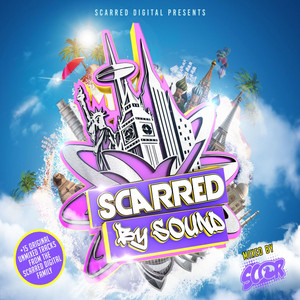 Female Hardcore DJ Sc@r, is recognized today as one of the UK's finest rising artists. The Australian-born DJ burst onto the scene in 2006, working alongside Steve Uplift on the well respected hardcore label Raw Elements.

Sc@r's djing career has already taken off, making her one of the few female hardcore DJ's to have performed around the world in Australia, Canada, USA, Japan, Belgium, Spain and Spain! Her local reputation has lead to bookings at some of the UK's premier events including HTID, Hardcore Heaven, Fantazia, Fusion, Firewall, Uproar, Raverbaby, Hardcore Evolution and the UK's longest running dance party Raindance. Having appeared as a guest artist on Radio One during Kutski's In 'New Djs We Trust show' her sounds can be heard weekly across the internet and airwaves on Happyhardcore.com, Di.fm, Krafty Radio, History of Hardcore Radio and London's Eruption 101.3FM..

Many of Sc@r's productions can be heard on underground hardcore labels Raw Elements, Lethal Theory, Future World, Executive Records, Knite Force, Make Believe Records, Revelation Digital, CLSM, Lethal Theory Raw , Recycled Records, Can Your Feel It Media, White Noise and Xplosive Hardcore. Since earning her first vinyl release in 2007 on Raw Elements, she has collaborated in the studio with a variety of artists and it wasn't long before her name was featured on album compilations including the internationally respected Bonkers, 100 Hardcore Anthems, Hardcore Underground series, Hardcore Addiction, Never Stop Raving and Crush on Hardcore plus 2011 Hardcore Elements was her first offical mixed album released on Can Your Feel It media

The lady Sc@r dedicates her life to music. If you haven't heard of her yet, then you're not in the know!

For more information about Raw Elements you can check out http://www.rawelements.net/

Sc@r hasn't been mentioned in our news coverage

Here are the latest Sc@r mixes uploaded to Soundcloud.

Do you promote/manage Sc@r? Login to our free Promotion Centre to update these details.