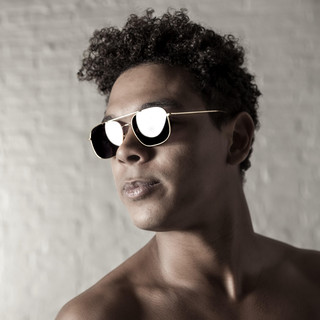 Since emerging with a clutch of much-played tracks a couple of years ago, Route 94 has quietly yet forcefully established himself as a distinctive young figure in the house music scene. His music - simmering, forceful and purpose crafted for late night dancefloors - speaks of long evenings spent locked deep into mesmerising four-to-the-floor grooves, so immersed that the surrounding world falls away.

Remaining a low-key presence and allowing the music to take centre stage, Route 94's tracks - propulsive, bass-heavy and with a keen ear for subtle melody - encode within them his many influences, drawing equally from the jacking momentum of Chicago and New York house and the sub-loaded sounds of his London home. It's an approach that's seen them become regular fixtures in the sets of DJs as varied as Skream, Richy Ahmed and Seth Troxler and has seen him tipped among London station Rinse FM's artists to watch in 2014.

If Route 94's swift rise to wider attention might seem surprising for a relatively new artist, it belies the fact that he's been making music for years. Growing up in London, he was exposed to all manner of musical styles played at home by his mother and developed a fascination with dance music from an early age. Once he acquired a copy of Cubase at the age of thirteen, that was the only cue he needed - he immediately began immersing himself in making music, toying with making beats and experimenting with producing everything from house to drum & bass and dubstep.

His gradual focus towards a lean, stripped-back house sound came, he explains, as a result of becoming enamored with the atmosphere of house nights - the intoxicating mood of a crowd caught up in perpetual, pulsing momentum. His tracks, however, remain steeped in the dark, bass-led energy that characterises so much London-borne dance music - even at their most melodic and atmospheric they're powered by serious low-end heft.

It was those particular characteristics that caught the attention of his contemporaries after an initial clutch of Route 94 tracks found their way into the world in 2012, setting clubs ablaze in the hands of scene luminaries including Skream, Benga and New York Transit Authority. They were eventually released on 2013's Fly 4 Life EP, which is set for a full re-release in early 2014.

In the time since then, his name has been steadily on the rise. He's had tracks and guest mixes regularly featured on Radio 1 and Rinse FM, while 2013 and 2014 has also seen DJ bookings across the globe, including a 2013 Australian tour with Breach and sets at festivals including Glastonbury, Outlook and Snowbombing. 2014 is set to be a landmark year. As well as producing a track for Katy B's eagerly awaited second album Little Red, he's acquired a reputation as a formidable remixer, and his slow-burning vocal anthem 'My Love', featuring Jess Glynne, will be released via Rinse.

Route 94 has been mentioned in our news coverage

Below is a sample playlists for Route 94 taken from spotify.

Do you promote/manage Route 94? Login to our free Promotion Centre to update these details.