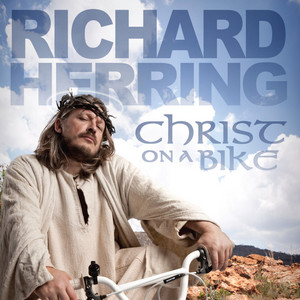 Richard Keith Herring (born July 12, 1967) is a British comedian and writer formerly best known as part of Lee and Herring, a double act with Stewart Lee. Other notable works include the radio series, That Was Then, This Is Now and various live shows including the acclaimed Talking Cock and the resulting book of the same name. Herring was born in Yorkshire but grew up in Cheddar, Somerset, and was educated at St. Catherine's College, Oxford, where he wrote and performed for a comic troupe known as the Seven Raymonds as well as the Fringe favourites the Oxford Revue.

Richard Herring has been mentioned in our news coverage

Want a Cheap Night Out? Go to Your Local Comedy Club and You're Laughing

Below is a sample playlists for Richard Herring taken from spotify.

Do you promote/manage Richard Herring? Login to our free Promotion Centre to update these details.