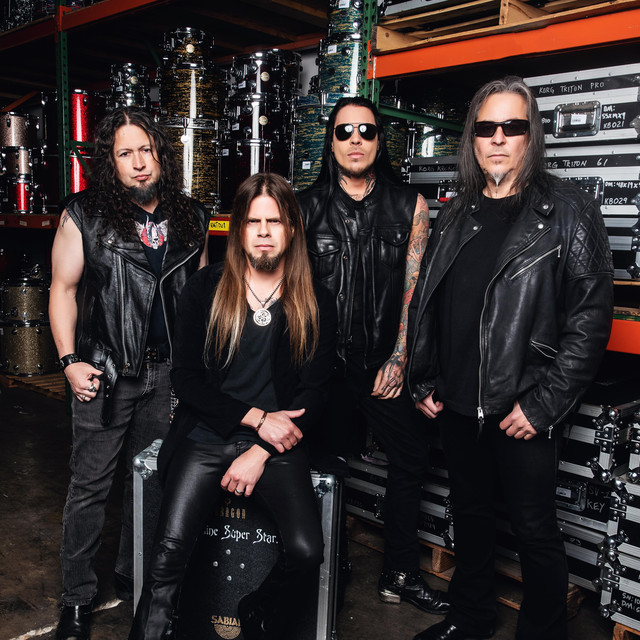 QueensrÃ¿che (pron.: /ËkwiËnzraÉªk/) is an American progressive metal band best known for their critically acclaimed albums 'Operation: Mindcrime' and 'Empire', from 1988 and 1990 respectively, which involve strong, detailed social and psychological themes. The band has sold more than 30 million albums worldwide. It started as The Mob in 1981, which included guitarist Michael Wilton, drummer Scot Rockenfield, guitarist Chris Degarmo, and bassist Eddie Jackson. Lacking a vocalist, they recruited Geoff Tate to sing for them at a local rock festival.

At the time, Tate performed in Babylon, influenced by classic 70s hard rock vocalists. After Babylon broke up, Tate performed a few shows with The Mob but left. In 1981, the budding band put together sufficient funds to record a demo tape. Once again they asked Tate, then in in other outfit called Myth, to sing the vocals and otherwise collaborate. They recorded four songs: âQueen of the Reichâ, âNightriderâ, âBlindedâ, and âThe Lady Wore Blackâ.

Because the name âThe Mobâ was not available, they decided to name the band Queensryche after the first song on their demo tape, âQueen of the Reichâ. In 1983, Queensryche released their demo tape as a self-titled EP 'Queensryche' (often known today as 'Queensryche (EP)' or under similar names). After the EP garnered international praise, receiving much airplay and selling an unusual amount of copies for a small independent release as critics compared them to contemporaries such as Iron Maiden, Tate agreed to leave Myth and become QueensrÃ¿cheâs permanent lead singer.

QueensrÃ¿che hasn't been mentioned in our news coverage

Below is a sample playlists for QueensrÃ¿che taken from spotify.

Do you promote/manage QueensrÃ¿che? Login to our free Promotion Centre to update these details.