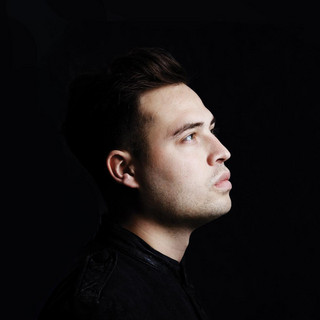 Prunk is one of the leading characters in the Dutch deephouse scene. At the mere age of 24 he already played at almost all the big festivals and parties in the Netherlands. His popularity emerged from his ability to pass on his passion and love for his music to the public. He has an established sound that can be best described as deep, jacking and upbeat. There is a lot of versatility in his sets and vocals are a recurrent aspect.

Growing up to a backdrop of deep house music, DJ and producer Prunk, was destined for a future behind the decks. His most memorable encounter with this sound is receiving an Ian Pooley record from his older brother on his 11th birthday. From this moment on he says: ‘’My brother already knew at that time that I could understand and feel house music. From that moment on, I fell in love with it’.

A the age of 16, Prunk found himself increasingly more attracted to deep and jackin’ sounds. The US house sound, particularly that of Mark Farina, was already

one of his favourites, but he continued his search for the deeper and better beats the international house scene had to offer. Soon after this, he started to do

some producing himself. His first remix was of the The Stafford Brother’s track, ‘I Can See’. Just one week after completion, the remix caught the ear of Belgian

Hed Kandi DJ, Tom De Neef, who subsequently played the track in his own Hed Kandi radio show, broadcast live on the net.

Prunk has been mentioned in our news coverage

Below is a sample playlists for Prunk taken from spotify.

Do you promote/manage Prunk? Login to our free Promotion Centre to update these details.