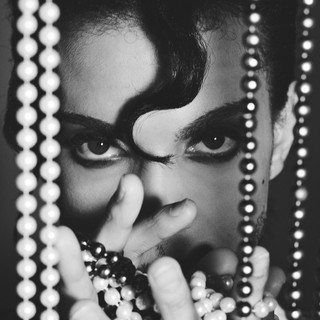 Christened Prince Rogers Nelson, Prince, or his many pseudonyms including symbol, The Artist Formerly known as Prince, and The Artist is one of the biggest stars to have ever graced popular music culture.

The 80's saw Prince become one of the true megastars, comparable to Madonna, Michael Jackson and Whitney Houston in terms of power, sales and influence. He wrote the biggest hit of 1984 'When Doves Cry', and is perhaps best known for his seminal album Purple Rain and starred in the hit movie of the same name.

A truly talented artist, Prince is not only an accomplished vocalist but insanely gifted dancer, composer, producer, and instrumentalist, not to mention film and movie director. For his first five albums, Prince played nearly all the instruments, his talents it seems know no limits.

With his musical style containing elements of funk, soul, new wave, pop, rock, blues, jazz and hip hop, Prince has carved an ever changing sound tath somehow retains a sound that is uniquely his own.

His early to mid 1980s work, responsible for raising him into super star status, features industrial sounding drum machine arrangements, the use of synthesizer riffs in place of horn riffs, and was coined 'the Minneapolis sound'. Renowned as a tireless workaholic, Prince has in his career recorded in excess of a thousand songs under his own name and through other artists, as well as having an unnumbered amount written but as yet unreleased.

Prince has been mentioned in our news coverage

Below is a sample playlists for Prince taken from spotify.

Do you promote/manage Prince? Login to our free Promotion Centre to update these details.