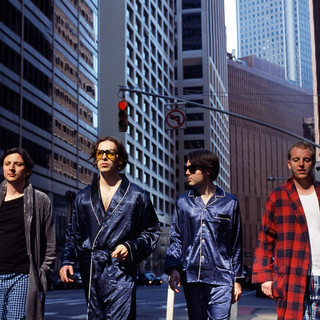 There are at least 6 bands known as "Peace":

2. An indie band based in Vancouver, British Columbia whose debut EP 'Slow Children' was released summer 2009. In 2011 they released their first full length 'My Face' on Pop Echo Records. ( http://www.myspace.com/peacevancouver )

Peace has been mentioned in our news coverage

Below is a sample playlists for Peace taken from spotify.

Do you promote/manage Peace? Login to our free Promotion Centre to update these details.