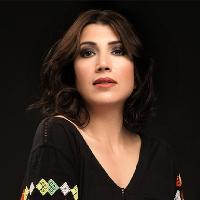 The Jazz Cafe in London

Singer/ songwrite Olcay Bayir is from Turkey based in London, was nominated for best newcomer in Songlines Music Awards 2015. Her 2014 debut " Neva/ Harmony" was described by Guardian Music as "an impressive newcomer to London’s vibrant global music scene.This is an elegant and often gently exquisite set.’4**** - The Guardian.

Her contemporary sound blends elements of folk, jazz and neo-classical and 21st Century urban sounds with evocative vocal deliveries through her original compositions and arrangements of folk songs.

Olcay Bayir hasn't been mentioned in our news coverage

Do you promote/manage Olcay Bayir? Login to our free Promotion Centre to update these details.