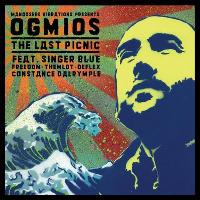 Ogmios, real name Ivan Owen, is a UK rap/hip-hop artist and prominent battle rapper. Ogmios has featured in numerous clashes with prominent MCs in the UK battle league Don't Flop, and his name is often mentioned as a potential choice for Don't Flop title contender. Ogmios's music shares similarities with his battle career--his flow both on stage and on track is significantly more laid-back than his UK hip-hop contemporaries, and Ogmios also takes care to vary the subject matter of his tracks, including several narrative songs on his first (and so far, only) album, The Last Picnic.

Read more about Ogmios on Last.fm.

Ogmios hasn't been mentioned in our news coverage

Below is a sample playlists for Ogmios taken from spotify.

Do you promote/manage Ogmios? Login to our free Promotion Centre to update these details.