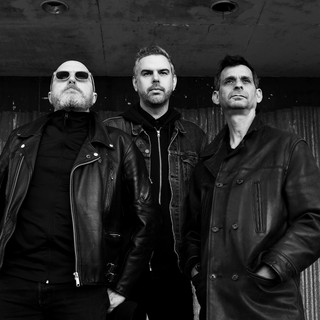 The Newtown Neurotics, an underated british punk-rock band with socialist lyrics bent whose classic first album "Beggars Can be Choosers" in 1983 was stylistically indebted to the Ramones, but with outraged lyrics more akin to political The Clash or Ruts. The band formed in suburban Newtown Harlow Essex outside London, but eventually dropped the "Newtown" from its name and broadened their approach, including slower tempos and horn arrangements.

Newtown Neurotics has been mentioned in our news coverage

Below is a sample playlists for Newtown Neurotics taken from spotify.

Do you promote/manage Newtown Neurotics? Login to our free Promotion Centre to update these details.