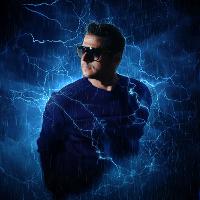 Back To The 90s Festival

The group was founded by Dale Longworth and Kevin OToole in Oldham, England in 1990. Other members have included Kelly Llorenna, Rachel McFarlane and Richard Lyte (Ricardo Da Force).

Longworth and OToole met at The Oldham College, both being aspiring sound engineers. They initially began producing instrumental dance music together, going through a variety of names before finally adopting N-Trance.

N-Trance DJ Set has been mentioned in our news coverage