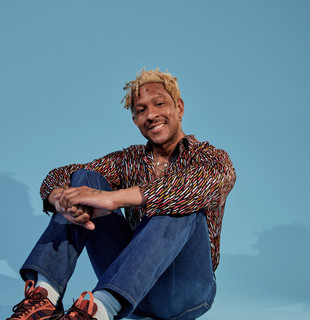 Michael David Quattlebaum Jr. is a 25 year-old New York based performance artist, poet and hip-hop musician whose genius keeps his profile on a steady rise. Founder of performance art collective NO FEAR, Quattlebaum performs regularly under the moniker of Mykki Blanco, an unexpectedly brash alter-ego that manages to simultaneously blend the rap genre's prescribed machismo with references to pioneering hip-hop femme fatales and gay club kids.

Mykki Blanco has been mentioned in our news coverage

Here are the latest Mykki Blanco mixes uploaded to Soundcloud.

Do you promote/manage Mykki Blanco? Login to our free Promotion Centre to update these details.