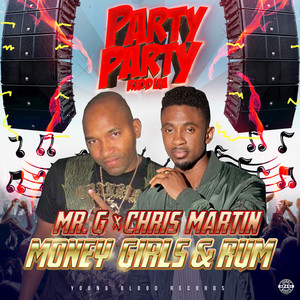 Mr. G is an alias for UK house and techno producer Colin McBean. Formerly recording as part of The Advent with Cisco Ferreira, solo since 2001. In addition, it’s the fairy tale story of a 36 year old high school Drama teacher from Summer Heights whose self penned musical touched the nation and resulted in a string of memorable songs. One such song was “Naughty Girl”. Told through the voice of Drama teacher Mr G, the song describes the plight of a promiscuous young girl with an addiction for recreational drugs.

Mr. G hasn't been mentioned in our news coverage

Below is a sample playlists for Mr. G taken from spotify.

Download our app or subscribe to our push notifications to get the latest alerts for Mr. G

Do you promote/manage Mr. G? Login to our free Promotion Centre to update these details.