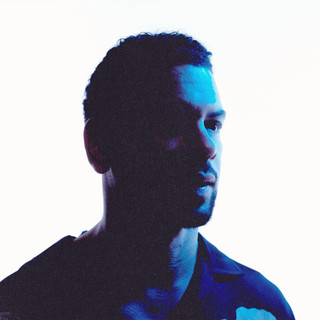 Marc 'MK' Kinchen is an artist-producer who straddles boundaries as few others can. On the one hand, he's revered by lovers of house and garage music worldwide. His classic 90s productions such as Burning, Always, K.E.L.S.E.Y's Boy and 4th Measure Men's For You remain floorfillers to this day, as do his 200-plus unmistakeable remixes for artists ranging from Bizarre Inc to Blondie, not least his mix of Nightcrawlers' Push The Feeling On, which became one the biggest house crossover hits of the decade. He's cited as an influence by countless leading producers – including, significantly, Todd 'Godfather of UK Garage' Edwards. This pre-eminent status is reflected in the fact that he's the latest artist to be featured in Defected's House Masters series.

Yet on the other hand, as a songwriter and producer, he's also worked regularly with the likes of Snoop Dogg, Jay-Z, Rihanna, Will Smith, Ne-Yo and Beyonce. No mean list of achievements for someone who started making music as a teenaged Depeche Mode fan in Detroit in the early 80s.

“I was into Skinny Puppy, Ministry… all that alternative/industrial electronic stuff,” says Marc of his early days. “And then through a girl I knew, I ended up in a band called Separate Minds with Terrence Parker and Lou Robinson. I didn't really know anything about house and techno then, but I knew a lot more about how to use the equipment than they did!”

Separate Minds' first EP, released in 1988, caught the ear of Kevin Saunderson and Marc, still in his teens, ended up working with him for two years, engineering on Inner City records and honing his studio craft. And then came Burning, which he recorded with local vocalist Alana. “Alana didn't have the greatest voice,” says Marc, “but there was something about her, and we did that Burning vocal in one take. But that's how I like to work. I don't like to spend too much time getting things perfect – sometimes the mistakes sound better!”

The track was snapped up by Virgin in the US, and an album deal followed, which saw Marc moving to Brooklyn. With Always and For You further cementing his reputation, the remix offers started to flood in. Artists to get the MK treatment around this time included Bobby Brown, D'Influence, The Shamen, The B-52s, D:Ream, Moby, Pet Shop Boys and Bizarre Inc, to name but a few… yet it was a 1994 remix for then-unknown Scottish outfit Nightcrawlers that would see his star rise yet higher. Famously, his first mix of Push The Feeling On was rejected, so Marc – about to depart for a flight – quickly threw together another one. “I literally did that mix in about half an hour – on one monitor, because the other one had blown!” he laughs.

Despite its inauspicious birth, Push The Feeling On [The Dub Of Doom] would go on to be a huge hit worldwide. Marc says he was largely unaware, at the time, of just how successful it was – “back then there was no internet, and I didn't DJ, so I wasn't out in clubs all the time” – but the remix requests started coming in faster than ever. One in particular he jumped at was Celine Dion's Misled: “I wanted to do a remix I could tell my mom about!” he says. “And I liked the idea of making a Celine Dion record work in a house club. The same with Freak'n U by Jodeci – the idea of making an R&B act have a smash house record appealed to me.”

MK hasn't been mentioned in our news coverage

Here are the latest MK mixes uploaded to Soundcloud.

Do you promote/manage MK? Login to our free Promotion Centre to update these details.