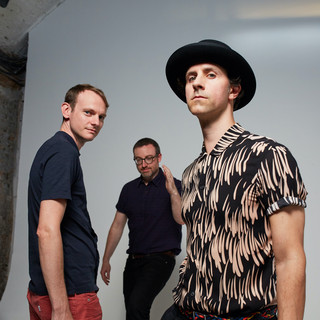 Maxïmo Park are a British alternative rock band, formed in 2000. They are signed to Warp Records. The band consists of Paul Smith (vocals), Duncan Lloyd (guitar), Archis Tiku (bass), Lukas Wooller (keyboard) and Tom English (drums). The band have released three studio albums: their 2005 debut album A Certain Trigger, which was nominated for the Mercury Prize, the 2007 follow-up Our Earthly Pleasures, and their third album named Quicken the Heart, was released in May 2009. The first two albums went double platinum.

Maximo Park has been mentioned in our news coverage

Razorlight, Basement Jaxx, Maximo Park and Many More to Play at Solfest. Updated Line-Up For 2021.

Orbital, Editors and Ocean Colour Scene headline Beyond The Tracks

Below is a sample playlists for Maximo Park taken from spotify.

Do you promote/manage Maximo Park? Login to our free Promotion Centre to update these details.