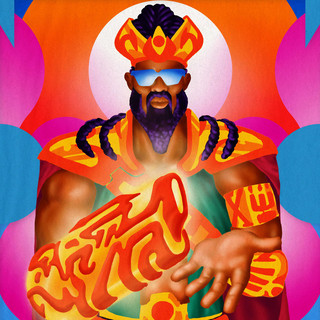 The year is 2069. After years of travel across the galaxy Major Lazer has returned to Earth from his triumphant interstellar campaign against his mentor-turned-arch-nemesis General Rubbish. The victory rings hollow, though–there is something he left out among the stars that he can never replace.

The world he’s come back to is missing something too: unity. In his absence Earth has been transformed into a worldwide maelstrom of conflicting armies, gangs, cults, and crews. The Fearless Hyenas, the Deathless Lovers, the Pitch Black Knights of the Inner Wild–a multitude of factions, each of them sworn enemies of every other.

Having proven himself adept at the art of war, Major Lazer has dedicated himself now to becoming a champion of peace. With help from a squad of anarcho-pacifist hackers, he’s taken control of a top secret network of military satellites and repurposed it into a global sound system to broadcast a righteous dub designed to unite the tribes of Earth and overthrow those who have thrown them into disarray for their own personal gain. Peace is the mission, and the fate of the world depends on its success.

The two time Grammy award winning DJ and producer Diplo (aka Wesley Pentz) has had an unprecedented career that’s taken him from the outer fringes of club culture to the top of pop’s A-list. He first drew the attention of forward-looking listeners in the mid-aughts through zeitgeist-smashing DJ sets that defied the borders of geography and genre, as well as the Piracy Funds Terrorism Vol. 1 mixtape he created with M.I.A. His commercial breakthrough came with her 2007 hit “Paper Planes,” which reached number 4 on the Billboard Hot 100 and was nominated for a Grammy for Record of the Year. Since then he’s split his time between working with pop stars (Beyonce, Usher, Snoop Dogg, No Doubt, Lil Wayne, Justin Bieber, Iggy Azalea, Britney Spears, Chris Brown, and Madonna among them) and carving out a niche as one of the leading figures in EDM culture, in the process racking up over 13 million track sales (and 12 million Spotify streams a month) as both a producer and an artist. One of the world’s most sought-after DJs, he’s also a world-class tastemaker who’s appeared on the covers of Fast Company and Billboard and lent his creative talents to brands like Alexander Wang and Blackberry. His label Mad Decent has spawned a roster of cutting-edge dance music acts, as well as a 22-city annual touring festival, its own themed cruise, & new to 2017; a beach party that will be held over 4 days in Mexico.

Currently made up of Diplo and fellow DJ/producers Jillionaire and Walshy Fire, Major Lazer’s latest album, Peace is the Mission, was released in June 2015 to widespread critical acclaim. Lead single “Lean On,” featuring DJ Snake and Mø, took the world by storm, becoming the most successful independently released song of all time after peaking at #1 on the Top 40 chart, becoming the most streamed song on Spotify of all time with more than 673 million streams to date, is currently the #1 most played track on Soundcloud, and became one of only a handful of videos to reach 1 billion views on YouTube. “Lean On” is certified ten times platinum in the Netherlads, eight times Platinum in Sweden, five times Platinum in Norway, four times Platinum in Australia and New Zealand, three times Platinum in Italy and Spain, two times Platinum in the U.S., Switzerland & U.K., Belgium, Finland, and Brazil, and Platinum in Germany. Major Lazer was the most-Shazamed artist of 2015 and is the third most-streamed artist on Soundcloud of all time. Peace is the Mission debuted at #1 on he Billboard Dance/Electronic albums chart and has spawned further hits including “Light It Up” featuring Nyla and Fuse ODG and “Powerful” with Ellie Goulding and Tarrus Reilly.

Launched in 2008 alongside his fellow “Paper Planes” producer Switch, Major Lazer is Diplo’s outlet for his lifelong love of Jamaican dancehall music. Their wildly popular 2009 single “Pon de Floor” is an EDM touchstone that singlehandedly reshaped the sound of contemporary dance music, and provided the foundation for Beyonce’s chart-topping single “Run the World.” Over the course of two albums and three EPs they’ve not only collaborated with the likes of Bruno Mars, Pharrell Williams, and Ezra Koenig of Vampire Weekend, but have earned the respect of venerated Jamaican dancehall artists like Busy Signal, Vybz Kartel, and Elephant Man, all of whom have graced their tracks. They’ve also become fixtures on the festival circuit, headlining Coachella, Glastonbury, Ultra Music Festival, Bonnaroo, Lollapalooza, and the Reading and Leeds Festivals. The group’s cartoon series based on the character Major Lazer debuted last year on Fox and Diplo’s BBC Radio show “Diplo and Friends” continues to enjoy success.

Major Lazer has been mentioned in our news coverage

Below is a sample playlists for Major Lazer taken from spotify. 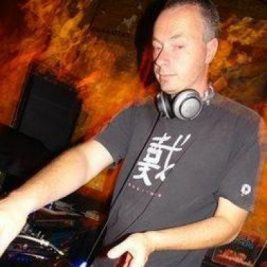 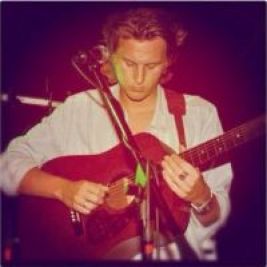 Do you promote/manage Major Lazer? Login to our free Promotion Centre to update these details.