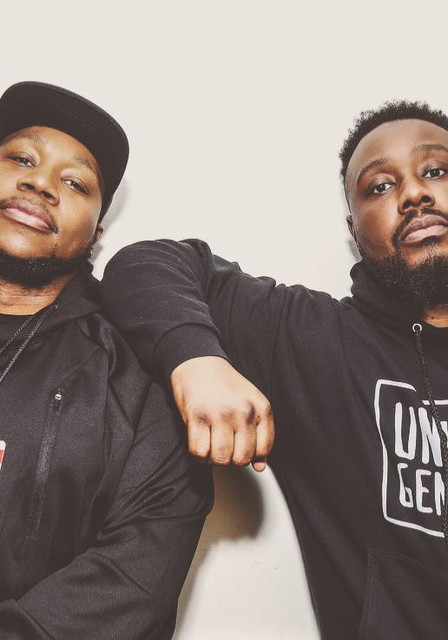 Part of the new millennium resurgence of alternative rap, Little Brother drew from atypical inspirations for a Southern act: classic Native Tongues outfits like De La Soul and A Tribe Called Quest, as well as later torchbearers like the Roots and Black Star. MCs Phonte and Big Pooh swapped rhymes with an easy chemistry, supported by DJ/producer 9th Wonder, a sampling technician who quickly established himself as a worthy heir to production wizards like DJ Premier and Pete Rock. Commercially, the group peaked with the Top 20 R&B/hip-hop albums The Minstrel Show (2005) and Getback (2007). 9th Wonder departed between those two LPs, and Phonte and Big Pooh likewise opted to concentrate on other collaborative and solo pursuits after the release of Leftback (2010). After the trio reunited for a surprise live performance in 2018, Phonte and Pooh fully reactivated Little Brother with May the Lord Watch (2019).

Little Brother formed at North Carolina Central University, located in Durham. Phonte (born Phonte Lyshod Coleman), Big Pooh (born Thomas Jones), and 9th Wonder (born Patrick Denard Douthit) had known each other since 1998, when they performed in a local hip-hop outfit called the Organization. After that group's dissolution in 2000, they anchored a 12-member crew dubbed the Justus League. The trio worked together off and on in varying combinations until they officially teamed up as Little Brother in August 2001, adopting the name as a humble nod to their influences. Their first recording together was "Speed," a playful, down-to-earth look at the pressures of holding a day job while trying to make it in the music business. It set the tone for much of their early material. Over the next few months, they developed enough of a repertoire to start performing live around the area and quickly earned a following.

When the group made their music available for download on the Internet, a substantial buzz built far outside North Carolina, and it eventually earned them a deal with the Oakland-based ABB Records in 2002. In 2003, Little Brother released their full-length debut, The Listening, which won widespread critical praise that focused especially on 9th Wonder's production. The buzz helped him earn a raft of high-profile outside gigs, including tracks on a pair of multi-platinum releases: The Black Album by Jay-Z and Destiny Fulfilled by Destiny's Child. Little Brother leapt to major-label Atlantic for the The Minstrel Show, a highly satirical and uncommercial set that entered Billboard's R&B/hip-hop chart at number 19 in 2005. In 2007, as the group was finishing up their third album, it was announced that they had left Atlantic and had become a duo with the departure of 9th Wonder. After its release later that year, Getback -- which featured one 9th Wonder-produced track with Illmind, Nottz, Khrysis, and Zo! also among the contributors -- nonetheless debuted at number 18 on the R&B/hip-hop chart.

Little Brother has been mentioned in our news coverage

Talib Kweli interview: Gil Scott is the godfather to my style

From J-Pop to Xbox - The many sounds of Noisia

A Cosmic Adventure with Kosme

IllumiNaughty presents down and nasty this saturday

Below is a sample playlists for Little Brother taken from spotify.

Do you promote/manage Little Brother? Login to our free Promotion Centre to update these details.