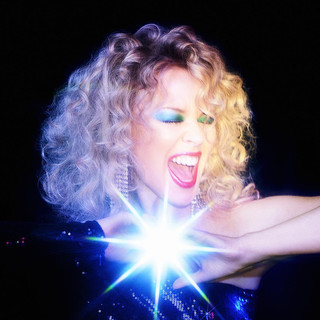 Kylie Minogue (born May 28, 1968, in Melbourne, Australia) is an Australian pop singer who rose to fame after starring in the Australian TV soap Neighbours. Whilst her cover of The Loco-Motion in 1987 reached the Australian #1 spot, it was the Stock Aitken Waterman 'hit factory' which produced her first UK chart-topper, I Should Be So Lucky, in 1988. Throughout the late 1980s, Minogue was a phenomenon in both Australia and the UK, and also saw success in Asia and Europe. Minogue went on to have the most number of consecutive UK top ten hits of any new artist. However, she left Stock Aitken Waterman and PWL Studios in 1992 and signed with Deconstruction (through BMG). Despite receiving critical acclaim and working with notable artists like the Manic Street Preachers and Nick Cave, commercial success was not forthcoming. Parting ways with Deconstruction, she spent a short time in the musical wilderness before pulling on a pair of gold hotpants and returning to her pop roots with the #1 hit Spinning Around. Minogue's biggest hit to date is Can't Get You Out of My Head, from the globally successful album Fever. It reached #1 in 40 countries and has sold over ten million copies worldwide. She has become one of the most successful female recording artists in the world with #1 hits spanning three decades, and is considered a national treasure in both the UK and her native Australia. In 2005, midway through her Showgirl: The Greatest Hits Tour, Minogue was diagnosed with early stage breast cancer, causing her to halt the Australian leg of her tour. The news shocked both fans and non-fans alike, and the 'Kylie effect' was felt by breast cancer charities - both in terms of donations and the upsurge of queries from concerned women of all ages. Through her personal suffering, Minogue had inadvertently increased global awareness of breast cancer issues. After successfully coming through a tough twelve-month battle with the disease, in early July 2006 Minogue announced rescheduled dates of her now renamed Showgirl: The Homecoming Tour - fulfilling her Australian dates with a concert on November 11, 2006 in Sydney, along with extra dates, taking the updated show back to London and Manchester in January 2007. Although now more prominent in music, Minogue makes an occasional return to acting - her most recent project being her well-publicized appearance alongside David Tennant in the Doctor Who Christmas 2007 episode, "Voyage Of The Damned". On November 12, 2007 Minogue released the single 2 Hearts which reached #4 in the UK chart, and which also peaked at #1 in Australia. The album it was from, X, earned her a BRIT Award nomination for Best International Album. The album saw her collaborate with many writers and producers including the Freemasons and Calvin Harris. The following year, Minogue won the Best International Female Solo Artist award at the 2008 BRIT Awards, and in May also received the French Ordre des Arts et des Lettres, France's highest cultural honor. On December 1, 2008, Coldplay released "Lhuna", a collaborative project with Minogue, at the launch of the (RED)WIREâ„¢ website to mark World AIDS Day 2008. This would be the world premiere of the song. Minogue's tenth studio album, X, received a Grammy Award nomination for Best Electronic/Dance Album of 2009. It was her fifth Grammy Award nomination. In 2010,Minogue released her 11th studio album titled Aphrodite,preceeded by the hit single All the Lovers,one of her most succesful singles to date.With Aphrodite,Minogue became the first female artist ever to have #1 albums on the UK charts for 4 consecutive decades.In 2011,she embarked on the Les Folies Tour,which travelled to 5 continents,and was seen by over 600,000 fans worldwide. Minogue is celebrating her 25th anniversary in the music industry in 2012. Timebomb was released by Minogue as a single to coincide with the celebration of the singerâ€™s quarter century in the music business. The Timebomb Songfacts reports that the song was dropped on May 25, 2012, two months short of twenty-five years after her debut single, a cover of Little Evaâ€™s The Locomotion. User-contributed text is available under the Creative Commons By-SA License and may also be available under the GNU FDL.

Kylie Minogue has been mentioned in our news coverage

Below is a sample playlists for Kylie Minogue taken from spotify.

Do you promote/manage Kylie Minogue? Login to our free Promotion Centre to update these details.