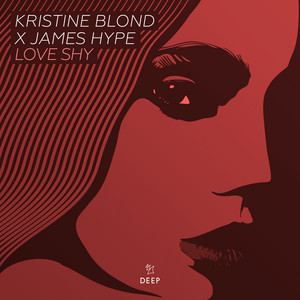 Kristine Blond grew up in the countryside in the late seventies and in the eighties. Through her upbringing, she was always surrounded by music since both her parents were teaching music as well as practising it.

Half-hearted attempts of playing an instrument occurred now and then, though for a few years she WAS very serious playing the violin.

So her life was her school, her horse, her friends and her pets. And travelling around Europe in connection with her parents' work.

Having a horse was a time demanding hobby, and at age 16 she had to choose between her new found love - singing - and her horse. She decided to focus on practising her singing. The big American soul singers fascinated Kristine. She had a flexible voice and found encouragement in growing technically little by little.

She left home and school in her late teens and moved to Copenhagen to find people she could work with both musically and business-wise. Being very young in an impenetrable business, she often found herself frustrated. She couldn't quite make her life as structured as she felt the need to.

With 19 she signed her first record-deal with an English record company.

Kristine Blond has been mentioned in our news coverage

Below is a sample playlists for Kristine Blond taken from spotify.

Do you promote/manage Kristine Blond? Login to our free Promotion Centre to update these details.