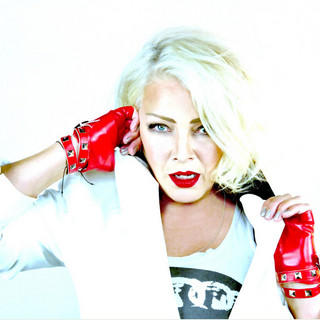 The Moor, Cookham in Maidenhead

Kim Wilde was born in Chiswick, West London to legendary 1950’s British Rock’n’Roll singer, Marty Wilde, and his wife Joyce – a member of the singing group, The Vernons Girls. Her first single release, ‘Kids In America’ in 1981, was a worldwide hit paving the way for a recording career which yielded ten albums and in excess of thirty singles, bringing success in every major record market and sales of 10 million and 20 million respectively.

Single successes included ‘Chequered Love’, ‘Water On Glass’, ‘Cambodia’, ‘View From A Bridge’, ‘You Keep Me Hangin’ On’ – a worldwide success and a number one in the USA – ‘Another Step (Closer To You)’ (a duet with Junior Giscombe), ‘You Came’, ‘Never Trust A Stranger’ and ‘Four Letter Word’.

In 1983 Kim was voted Best British Female Singer at the BPI Awards, while “live” highlights include performing to over 2 million people on a five month European stadium tour with Michael Jackson in 1988, and supporting David Bowie across Europe on his 1990 Greatest Hits Tour.

A flirtation with the world of horticulture led to the publication of two books, numerous gardening columns and yielded a Gold Medal and Best in Show in 2005 at The Chelsea Flower Show

In 2007 she took this project “on the road”, performing over 50 live concerts – including two solo tours – with dates in Germany, Austria, Switzerland, France, Belgium, Holland and Denmark and numerous Festival appearances across Europe. In December 2008 Kim appeared alongside Robin Gibb, Tears For Fears and 10cc – with a 40 piece orchestra and the Angels of Harlem Gospel Choir – in 20 arena shows for the annual ‘Night Of The Proms’ tour in Germany, and she completed another solo European Tour in April 2009.

Kim Wilde has been mentioned in our news coverage

Six of the best: An interview with the HomoElectric Allstars

Below is a sample playlists for Kim Wilde taken from spotify.

Do you promote/manage Kim Wilde? Login to our free Promotion Centre to update these details.