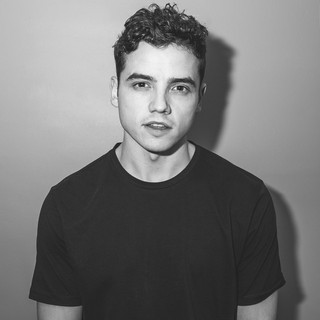 During the last few years, twenty-five year-old Glaswegian DJ, musician and producer KC Lights has been pushing his creative limits in the studio.. Not long after he finished school in 2012 with a degree in music, he began to make a name for himself with his fresh, melodic and driving take on house music.

Three years later in 2015, KC Lights stacked his growing audience with original records coming out on Hervé’s ‘Cheap Thrills’ imprint. "Lose It All" gained support from house music heavyweights Rudimental, MK and Danny Howard, while his next record "No No No" became the definitive Ibiza Anthem of 2015. “No No No” hit #3 on the BBC R1 Dance Charts, Top 10 on Shazam UK Dance, and was also included on Annie Mac’s annual AMP compilation.

His momentum has continued to grow in 2016 with a slew of releases, including KC Lights & Mike Mago’s club hit “Daylight” on Spinnin’ Records, and his latest single “Temptation," released on Danny Howard’s label Nothing Else Matters. Keep your eyes open for a few highly-anticipated remixes out later this year, including Jax Jones ft. Mike Dunn & MNEK “House Work” and Matoma & Becky Hill “False Alarm.” Catch him on the road this fall on selected dates with MK, Danny Howard, Hannah Wants and more throughout Europe.

KC Lights has been mentioned in our news coverage

IMS Ibiza 2022: Highlights from the first day of the renowned industry event

Easter Bank Holiday: The best events on offer this weekend

Here are the latest KC Lights mixes uploaded to Soundcloud.

Do you promote/manage KC Lights? Login to our free Promotion Centre to update these details.