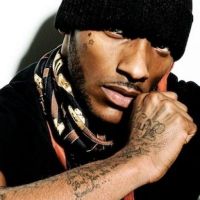 On 15 July 2012 Angel released his second single entitled [Wonderful], it first charted on the UK Singles Chart at number twenty on the chart week ending 22 July it had sold 14,032 copies in its first week. Having remained at number twenty on its second charting week, the track advanced a single place to number nineteen for the week dated 11 August and a further seven places to number twelve the following week. On its sixth charting week dated 26 August "Wonderful" entered the top 10 at number nine. This became Angel's first Top 10 hit to enter the chart's in the United Kingdom as well as it becoming his first UK R&B Single's Chart number one respectively. On 12 November, Angel performed at the 02 Academy in Brixton for the BBC 1Extra concert, along with acts such as Tulisa and Trey Songz.

Angel also featured on the official Children in Need single, "Wish I Belonged", alongside Fazer, Tyler James and Stooshe.

IAMANGEL hasn't been mentioned in our news coverage

Do you promote/manage IAMANGEL ? Login to our free Promotion Centre to update these details.