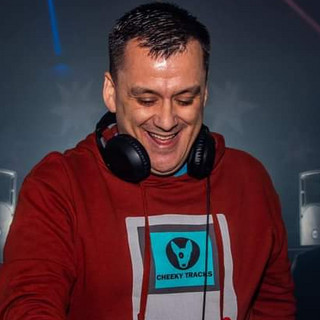 Dave first began DJing in clubs in 2001 and came to the attention of the local hard dance scene when he became a resident for Shock, at the Kube in Wakefield. He quickly became known for his widely-influenced and versatile DJ sets, combining everything from pumping bouncy house, uplifting trance, scouse house and banging, hoovertastic hard house.

When Shock came to an end in 2007 Dave became a resident for Nostalgia in Wakefield, as well as making regular appearances on the bounce scene in the Northwest, and as such his focus turned to the bounce and scouse house sound. Over the next 4 years Dave was privileged to play for some of the biggest clubs and brands in that scene, performing at Wigan Pier, Doncaster Warehouse, Cricketers and many more. During this time, hard house remained a passion of his that he firmly kept with him, and in 2007 he came third in the Parlez Vous DJ Competition.

Things all came to a head in 2010 when he was picked up by the Cheeky Boys as a DJ and producer for their Cheeky Tracks brand. He held a residency for the Cheeky Tracks room at Rave On, continued to appear at bounce events across the UK and also gained a following on Manchester's gay scene. Dave became a regular appearance on the UK hard house scene and returned his focus to this, performing at some of the scene's most prestigious events including the Tidy Weekender, Xstatic Summer Festival, Hard House Heaven, the Toolbox Hard House Awards and many more. Not afraid to bring together influences from his backgrounds in hard house, scouse house and trance, he has developed a trademark sound of vocal-led, uplifting hard house that's as tough as it is fun, balancing uplifting melodies and vocals with driving beats and filthy riffs.

Since taking his first steps into production in 2006, Dave has had several solo and collaborative releases, collaborating with some of the biggest producers in the scene and even receiving airplay on BBC Radio 1. He achieved his first #1 hit on both the Trackitdown and Toolbox charts in 2015 with "Hurt Ya!", a collaboration with Elivate, which was signed by Ben Stevens to the Fireball label and became one of the label's biggest selling releases.

In 2012 Dave went from being a Cheeky Tracks artists to co-owner of the label, with much of its current output being signed and promoted by him. Along with the Cheeky Boys he has established Cheeky Tracks as one of the biggest selling labels in hard dance, with tracks regularly appearing in the Top 10 hard dance releases on most download stores.

GENERAL BOUNCE has been mentioned in our news coverage

Here are the latest GENERAL BOUNCE mixes uploaded to Soundcloud.

Do you promote/manage GENERAL BOUNCE? Login to our free Promotion Centre to update these details.