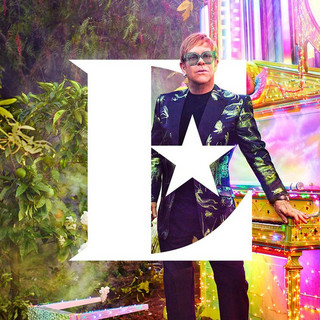 Eltonesque - A tribute to Elton John with a Full Live Band

Sir Elton Hercules John, CBE (born Reginald Kenneth Dwight in Pinner, Middlesex, England on 25 March 1947) is an immensely popular English singer, composer (mostly with lyricist Bernie Taupin) and pianist. In a career spanning five decades, Elton John has sold over 250 million records and has over fifty Top 40 hits, making him one of the most successful musicians of all time. His 1997 tribute to Diana, Princess of Wales, "Candle In The Wind 1997," remains the world's biggest selling and fastest selling single of all time.

In 1964, Dwight and his friends formed a band called Bluesology. By day, he ran errands for a music publishing company; he divided his nights between solo gigs at a London hotel bar and working with Bluesology. By the mid-1960s, Bluesology was backing touring American soul and R&B musicians like The Isley Brothers, Major Lance, Billy Stewart, Doris Troy and Patti LaBelle and The Bluebelles. In 1966, the band became musician Long John Baldry's supporting band and played 16 times at The Marquee Club.

John was one of the dominant commercial forces in the rock world during the 1970s, with a string of seven consecutive #1 records on the U.S. album charts, twenty-three Top 40 singles, sixty Top 10 hits, and six #1 hits. His success had a profound impact on popular music, and contributed to the continued popularity of the piano in rock and roll.

Elton John has been mentioned in our news coverage

Below is a sample playlists for Elton John taken from spotify.

Do you promote/manage Elton John? Login to our free Promotion Centre to update these details.