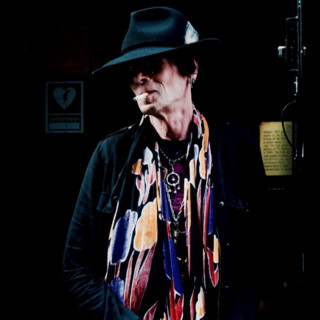 Earl Slick (born Frank Madeloni in Staten Island, New York,1st October 1952) is a guitarist best known for his collaborations with David Bowie, Jim Diamond and Robert Smith, although he has also worked with other artists (John Lennon: Double Fantasy, Milk and Honey, Yoko Ono) and even released some solo recordings. In the early 1970s, Earl Slick gained his reputation on New York music scene as a talented, skillful rock guitarist while playing in a band called "Mack Truck" featuring both singer/songwriter Jimmy Mack and his brother drummer Jack Mack.

Earl Slick hasn't been mentioned in our news coverage

Below is a sample playlists for Earl Slick taken from spotify.

Do you promote/manage Earl Slick? Login to our free Promotion Centre to update these details.