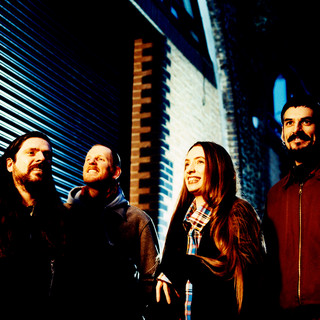 Dry Cleaning are a new post-punk-slanted, minimalist quartet hailing from London. Consisting of longtime friends Lewis Maynard, Tom Dowse, Florence Shaw, and Nick Buxton, the band initially formed after a karaoke party in 2017 and made some instrumentals. Six months later, Shaw — a university lecturer and picture researcher by day — joined the fold as their vocalist, a first-time endeavor for her. Read more on Last.fm. User-contributed text is available under the Creative Commons By-SA License; additional terms may apply.

Dry Cleaning has been mentioned in our news coverage

Below is a sample playlists for Dry Cleaning taken from spotify.

Do you promote/manage Dry Cleaning? Login to our free Promotion Centre to update these details.