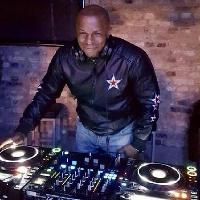 Love House Music: The product of DJ Micky ‘Star’ Lewis whose love for music, inspired by his family, ignited the spark of the spirit that is Love House Music. (www.love-house-music.com)

Having been brought up listening to calypso, steel band, 70's & 80's soul and disco, played on the turntable backed up by a heavy-duty amplifier and serious speakers, not forgetting a real piano at home, Micky Star always found joy in the sweetest sounds. Through school days liking hip hop, rock and rare groove elements of music, started the vast record collection and love affair with music he still has today. Later, times saw the purchase of a set of technics 1210's and a mixer, practising and perfecting the art of mixing began...leading to the first event The Apple London which later evolved into Love House Music.Micky has played at large and small venues, from the Workshop and Sugar Hut in Essex to London clubs including The Ministry of Sound, Aquarium, Gas, SE1, EC1, The Steel Yard and Rouge, Bagley’s, Cross and the Power House.Love House Music has always been about the best music, dancing, and atmosphere and friendly people with a cool underground edge, having influences of fashion, New York, Los Angeles, London, Manchester, Detroit, Italy and Ibiza.The party is always so good you never want it to end and sometimes... it doesn't. Love House Music embrace and pay tribute to the best DJ's from Todd Terry to Master’s at Work. DJ Micky ‘Star’ Lewis .... here for the world of people who Love House Music